So excited to share another birth story! I haven't been sharing many lately, but I still love them and know they need to be shared. And so awesome to find people inspired by this blog and your other birth stories. Enjoy this Australian hospital VBAC birth story!
~ 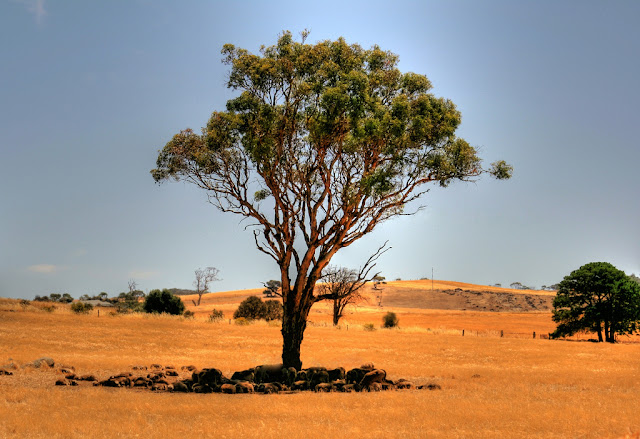 Growing up birth was a normal and simple event in life.

My Mum had eight babies. She birthed us all without pain relief and without any tearing. My older sisters married and between them birthed four babies in the same fashion. My oldest sister’s second and third babies were three hour water births.

Not long after I married in 2011 I found Mama Birth’s blog and read almost everything I could find. Of course I wanted to deliver my babies in my husband’s arms in the bath. Five months after marriage we discovered that we were going to be parents.

My pregnancy was a dream pregnancy until I hit 27 weeks. I began having regular painful contractions. When I hit 29 weeks we had a nasty episode with it and my mum called the ambulance…

Thankfully everything settled down and I was discharged from hospital three days later. We were living in an outback small town in Australia which was too small to deal with premature babies. Within days of being discharged we headed North to stay with my husband’s mother who lived near a big hospital that could deal with a 30 week baby if necessary.

Due to regularly experiencing regular painful contractions I spent a lot of the next seven weeks on bedrest. I counted the weeks til it was safe for the baby to be born. Around the time I was 39 weeks I went into prodromal labour.  During this time I had acupressure and chiropractor appointments. Despite my hope that everything would happen, my baby was still baking at 41 weeks.

A day or two later early labour began. Friday evening I couldn’t sleep due to contractions. We walked the street at 2AM hoping things would progress.

Saturday I still couldn’t get any sleep but things were irregular and didn’t seem to be progressing.  As the sun set I called my birthing centre midwife, Suzanne. She encouraged me to come up to the hospital and we’d see what was going on.

As we drove the hour to the hospital the contractions became very intense and regular. A foreboding sense told me that whatever happened I wouldn’t be leaving the hospital until our baby had arrived. Heading up to the labour and delivery unit we met our midwife. Unfortunately she was very ill and called in another midwife from the birth centre to care for me.

A vaginal exam found that I was 4cm. The birth centre midwife ran the bath and told me I could hop in if I wanted. During the next four hours my contractions became irregular and the midwife urged that we agree to the waters being broken if I hadn’t progressed within two hours. At the two hour mark I was still 4cm.

She broke my waters. Two hours later of really strong contractions there was still no progress. At this point the birth centre midwife transferred me to the public ward. Here they gave me an epidural and started syntocin to attempt to get progress happening. Naturally the syntocin overstimulated my already 2 min apart contractions and had to be turned off.

At around midnight a VE showed I was 6cm. A couple hrs later I hit 7cm. It was at this point the young lady Dr found that my baby was posterior and a brow presentation. She shared with me that six months previously she had been in labour and her baby had been in the same position and she had had to have a csection.

Mid Sunday morning I signed the consent papers for the csection. My Dr did another VE in theatre to check if there was any hope of the baby being born naturally. I was still 7cm.  At 1PM we heard our daughter’s first cry.

I can’t put into words my devastation of being unable to move and unable to hold my crying daughter.

Two years later my hubby agreed to try for our second child. A couple weeks later we discovered our second was on the way. Straight away we knew we would try for a VBAC. Once again I had a very easy pregnancy. None of the previous symptoms returned. The day before my EDD I went into early labour with our son at 7AM.

We were on the way to the hospital for a prenatal appointment  As the Dr could see I was having contractions she offered to do a VE. She told me I was 3cm.  We headed to our doula’s place and hung out for the day as labour continued at 10PM I finally felt ready to go to hospital.

I took three copies of my birth plan to ensure it wouldn’t get lost. I laboured in the dimly lit hospital room two hours before I permitted the midwife to do a VE. At 12:30 the midwife told me I was 4cm.  My contractions had become irregular after the Dr had done the cannula.

5:30AM another VE found I was still 4cm. I headed into the shower and cried. My husband blocked the doorway into the bathroom so the Dr couldn’t see me. He was insisting that I have my waters broken. We managed to avoid him until his shift ended.

The dawn of day brought a lovely young lady Dr. After discussion with my husband and doula we decided I would have an epidural and have my waters broken.

I asked my doula to contact my midwife from my first birth.  After the epi was done Suzanne walked in. Crying, I asked her what I could have done better. Heartbroken I told her of the screaming I’d heard in the night of the women and then the cries of the newborns.  Five babies had been born during the night as I had laboured.

Within hours of the epidural I could feel my baby descending. This again brought tears as I knew that our son would be born the way they should be born. Christine, my day midwife had had three c-sections but she cheered me on and was thrilled when I hit 10cm just as she had to clock off. She was so disappointed that she would miss the birth.

She encouraged me to breath the baby down. An hour after I hit 10cm our lovely Dr came in for the pushing. An hour and a half later despite the epidural I was screaming “this is caning”.  Everyone assumed the epidural wasn’t working but it was my csection scar that was really painful.

At this point I told the Dr I wanted her to do a ventouse (vacuum) delivery. In my memory it gets blurry what happened as I was so tired and had my eyes shut. I know she asked me if she could do an episiotomy. During this time I heard a snap and opened my eyes to see the suction cap fly off. Suddenly I found the room had filled with people.

I thought I was hallucinating as I saw a man standing at the end of the delivery bed in street clothes. The Dr continued to encourage me to push with all my might during each contraction while she pulled. Finally I felt the incredible sensation of my son sliding out.

In one smooth motion the Dr pulled the baby up onto my chest.  My husband was standing by my side cheering with teary eyes. Holding his hand I said “I’ve done it!” They quickly grabbed my son who was struggling to breath. At that point the man in street clothes congratulated me and quietly walked out of the room. We later found out he was the head of obstetrics for the hospital.

Our little baby’s birth apgar was 2 and they took him away to the special care nursery. The Dr stitched me back up and very shortly afterwards they brought my little boy back. They laid him on my chest and he did the breast crawl and latched himself on.

After he nursed, hubby and I enjoyed dressing our little one for the first time. As soon as I could move my legs the midwifes sent me for a shower. Struggling to hold my head up, sitting in the wheelchair, Suzanne came back and congratulated me on our successful VBAC.

On our son’s second day of life, Ben and I were trying to finalize his name.  We’d been considering naming him Josiah Nathaniel. Ben asked me if I had ever looked up the meanings of those names. To my wonder, Ben shared that they meant ‘God’s healing gift’. We knew instantly that that was his name.  As I write this story, our little boy is 12 weeks old and he has been a very healing gift for me.

Sheila Book said…
Let your all the dreams to be on fire and light your birthday candles with that. Have a gorgeous birthday.Another birthday, so you are growing older gradually. But I find no change in you. You look perfect like before. Happy budday.

Hi,
Thanks for the information about this Really nice Post.