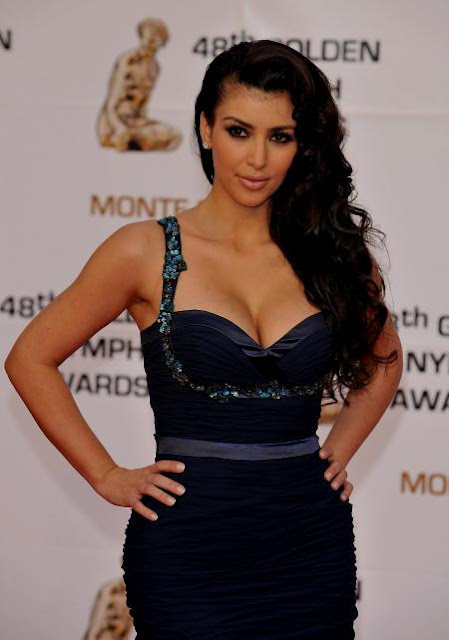 The news is out- Kim Kardashian hates pregnancy and she isn’t even ashamed to admit it publicly.

Kim is easy to hate with her round booty, her too tight (non) maternity wear and her famous, pampered life. And now she dares admit that pregnancy sucks- oh- and postpartum too. She even went so far as to tell the world about postpartum blood loss!

The reactions to a woman who admits she hates pregnancy are pretty typical. Cries over how she should appreciate the opportunity that so many yearn for but never get will erupt. Talk of her weight gain that could be easily controlled with her countless servants who could surely whip up quinoa pudding with black bean sauce (with some organic avocado on the side) rise up, up, up to the atmosphere.

I have no room to talk about the Kardashians. Despite their pop culture pervasiveness, all I know about them I learned from standing in supermarket checkout lines as I secretly peruse tabloid covers (and hope my kids can’t read) and from a single ½ episode of their notorious “Meet the Kardashians” show that I once guiltily watched on a plane.

And I must say, while it wasn’t that entertaining, I have never in my life seen a man as drunk as some guy on that show was. I give him kudos for having a liver to withstand that kind of abuse. I would definitely be dead and in a gutter with that kind of alcohol consumption. Wow. Time for a trust circle and some tough talk, ya know? INTERVENTION.

But, I’m going to talk about Kim anyway and her pregnancy hate despite my lack of knowledge. Because that is what you do when you are a blogger. You write about stuff because people might Google it.


Women are often afraid to admit that pregnancy isn't all awesome.


Sometimes they are even ashamed. We all know that some women struggle with infertility and loss. It seems harsh and ungrateful to complain about pregnancy when it is a gift denied many.

And yet… for lots of women pregnancy isn’t bliss.

Before you start on how she hates pregnancy because of her diet, inactivity, and sinful Western life, hold up for a minute. I have seen plenty of uber healthy, meticulous about their diet and exercise women have miserable pregnancies.

Even if they wear a lot of white spandex.

We should strive to be grateful for life experience, even the difficult ones. But this is a hard life lesson that takes years to learn.


Kim is pretty normal in her SHOCK over postpartum realities.


She states, “Do you know you basically have to wear a diaper for two months afterwards?!”

Women bleed after birth and it often goes on for about two months. I myself have worn a diaper after birth! And as I have taught countless natural birth classes, I have met many an intelligent, accomplished, and informed woman who had NO IDEA that we lose blood after birth.

We are very hush-hush about the realities of birth and postpartum. I always say in birth class that we will talk about things that your mother and your bestfriend won’t ever mention, and we do.

I think we need to talk about this stuff. There is actually NO SHAME in the realities of birth and postpartum. To act ashamed of this just makes it seem dirty when it is normal and common typical and healthy.


Kim admits that pregnancy makes her feel less than pretty.


I was pregnant four times. I gained from 40 -55 pounds each time. I exercised. I ate as well as I could (except for with my fourth. Too many donuts!) I never felt pretty. I don’t think anyone else thought I was pretty either, unless comments like, “Are you having TWINS?!” and “You look ready to pop!” are secret code for, “You are so sexy.”

I have to admit that this was not my favorite. I don’t make any commercials or have any televisions shows, and thank HEAVENS my spandex clad pregnant butt has never graced the cover of "US magazine", but it was still hard to feel like a cow. It was made harder by those who pointed my girth out to me on a regular basis.

When it comes to the tabloid trashing of pregnant celebrities, I just feel AWFUL for these women. Can you imagine being at your most vulnerable and pregnant and having every outfit, every bump, every ripple, photographed, talked about, and blown up in social media?

Oh, and did we mention that you make money (in part) because of your looks? No pressure.

It’s horrendous what we expect from women both emotionally and physically during pregnancy, when I submit that hormones make us all a little more sensitive.

If I were Kim Kardashian, this alone would make me loathe pregnancy. Loathe.

So Kim Kardashian hates pregnancy- and that is OK. I would strongly suggest that she take an awesome online childbirth class to prepare. It might help her feel better on a lot of levels and embrace some of what she hates.

There is a lot of power in knowledge and a lot of fear in ignorance, especially when it comes to birth. Good for her for speaking up and raising awareness about the need for lady diapers postpartum and all the other junk nobody tells you.

Unknown said…
Oh yes! Pregnancy is terrible. I will make double sure there is no way I can go through that nightmare again! One good this is I quit smoking while pregnant with Marlboro e liquid. I am thankful for vaping, but god why do some women just keep having kids? Isn't one bad enough lol
October 19, 2015 at 9:47 AM