Last Friday night the hubby and I went to see "Divergent". The movie, probably better suited for the teenage sitters that stayed home and watched my four children, was pretty good.  And I am not just saying that because of this:
I am much too old and mature to be interested in that.

The movie is about the future.  It must be the future because the naked girl from Titanic is now all grown up and striving for cold-blooded world domination rather than trying to get Leonardo to take his shirt off.  (And now I officially feel REALLY old because I was already in college when that movie came out. Always a shocker when the beautiful girls of my youth are no longer leading ladies but mean matriarchs.)

Back to the plot-

Something about the future.  A bunch of tribes.  Special tests.  Fear.  Lame clothes.  Etc.

Main girl, "Triss" becomes a warrior and meets the man ABOVE.  For some reason she seems interested in him and his rugged, "I jump out of planes for breakfast and then go skeet shooting in the frigid rain without gloves on," exterior.

Then FINALLY, about 2 hours in the movie she asks him to take his shirt off.

Pardon me, she doesn't actually do that directly, because she is like 16 and not that direct yet.  Triss asks him very politely if she can "see his tattoo."

This was definitely my favorite part of the movie and I am sure it will be yours too.  However- I couldn't help but imagine how this would have went down if the movie was actually about people like myself, who have four kids and less patience than this sweet girl.

So if a mother of four (not me, I am not a pervert) was in a movie like this and met a guy like that (see picture above) then she would not wait until two hours in to politely ask to "see his tattoo".  No.  She has other stuff going on.

Five minutes after their first meeting she would have put on her "mom voice" (this is the one she uses when people need to get in their beds and also when she has to yell at kids at the skate park for liberal use of the F-bomb in front of her four year old) and she would say,


"I need you to take your shirt off.  Make it snappy because sweetheart, I have something in the oven and I need to get this truck unloaded."
Boy named Four responds,
"Whaaa....?"
Mature Triss:
"Let me help you.  Maybe you aren't that verbal.  That is fine.  I'll walk you through this."

Then she would see this: 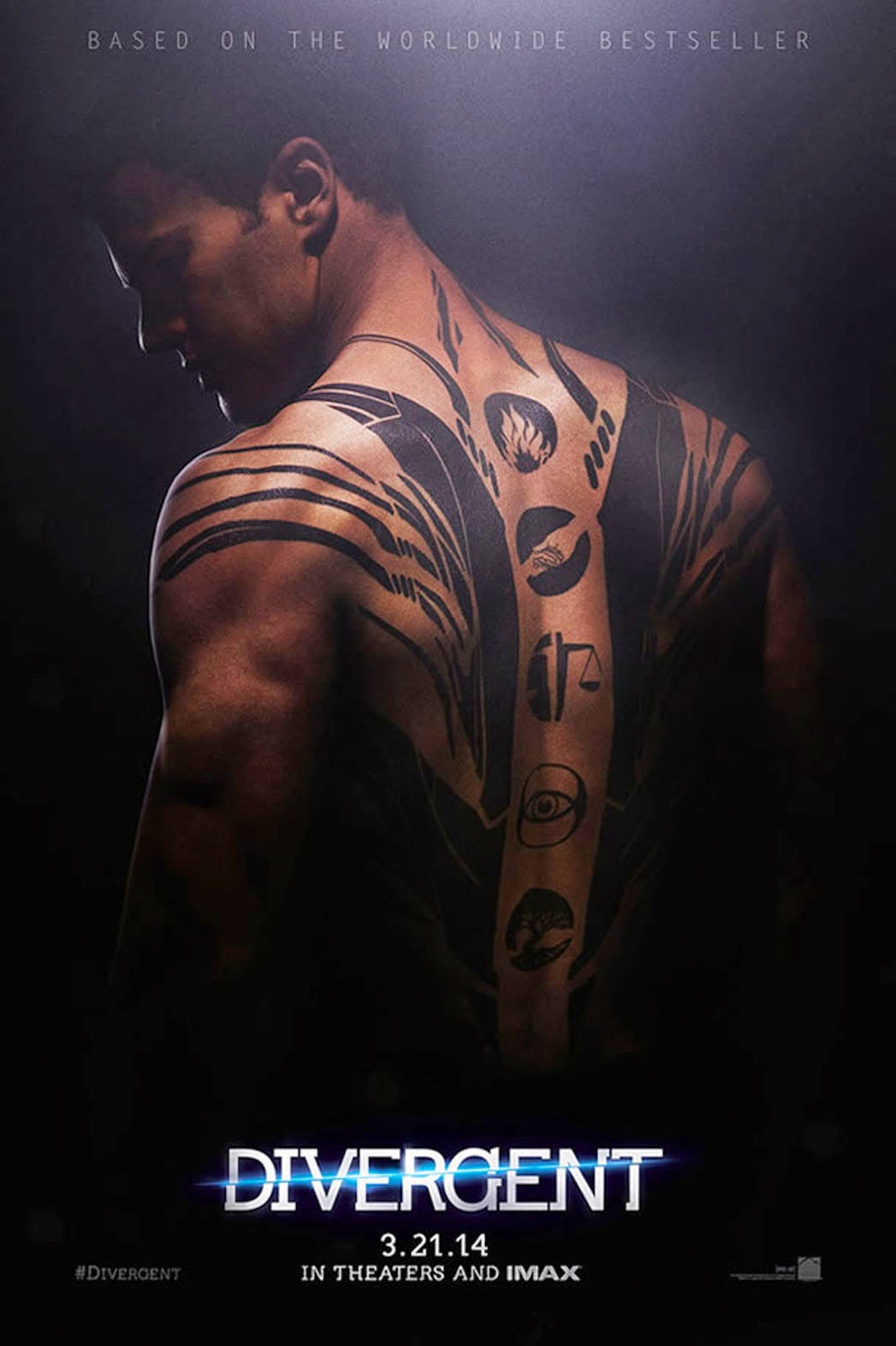 I mean seriously, is that even legal?

After that there isn't really much need for a movie, but because we can't in good conscience go out to the show just to see that, we will surround it with 2 hours of plot twists and dialogue.

Basically, it was a great movie.  That is my review.  If you would like to read a real one, you can find them everywhere.

Cath Brookes said…
It was a relief to be pleasantly surprised by 'Divergent.' I was not expecting much, based on early reviews, but this is actually a good movie.
Seattle Janitorial Service information
April 16, 2014 at 7:54 PM