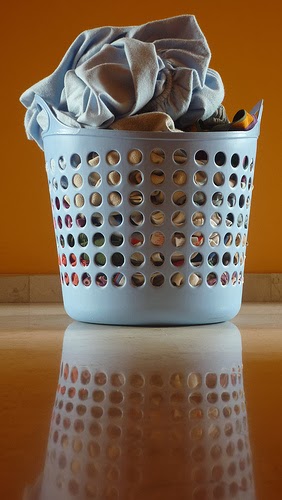 In that special area just between sleep and realizing you are about to roll over and land in another person's vomit, I had an epiphany last night.

I realized I was hilarious.  Well, I already knew that but I had a "great" idea for a Facebook post. Yes.  I dream about Facebook posts.  I do my best work in the gentle layer between semi-consciousness and "You should know better".  What did I envision?  This piece of greatness:

-Never use the phrase "Haters gonna hate" repeatedly in your posts.- While you think this projects your sad "victim" state, it actually just makes people wonder why everybody, well...hates you.

-Stop with the "heart pictures".- No I am not jealous because I haven't figured out how to make the pink hearts. I don't even want to know. They are annoying. Can you really "heart" random statuses from people you don't know, quotes from Ghandi and George Takei and your children's pictures all the same? I don't get it. If you love it that much, can't you take 1/2 a second to type, "I love this!"?

-(((Hugs)))- Seriously? Did you just hug somebody virtually? If you liked them that much you would have their phone number and you could call them and tell them you are worried about them instead of pretending you cared. Harsh? Yes, but not as harsh as using punctuation to send your undying love rather than taking the time to actually send it.

-HASHTAGS- I don't understand them. I don't really know how they work. But apparently somebody named their kid this so we all know it has gotten out of control. You may want to tell the world that you have the #besthusbandever! or the#cutestkidsever! but it is hard to read stuff when it is all mashed together and truth is- if you think you have the besthusbandever- then TELL HIM. Some things are better in private. Seriously. Doesn't have to be on FB.

But, you know how it goes.  People are apparently really emotionally attached to their freaking hastags and their heartsies and of course they got ticked at me.  Just a few, but still.  Kinda lame.  Although I do feel pretty bad about it because I would not want to intentionally ruin somebody's day, even somebody who writes. sentences. like. this.  Not even them.  I have a soul!

In my defense though, I have had a fun week.  And by "fun" I mean vomit filled.

Hubby got something and spent Saturday night spewing his guts up with what can only be called "gusto."  I was sure he got it from eating chicken from a gas station, which I, in my great wisdom REFUSED.

But as it turned out, it wasn't the fried chicken but something the rest of us had eaten.

I only had to wait a few hours for my turn!  This would be a long night.

Did I say it was my turn?  By that I mean me, and the four year old, and the 9 year old were up all night hacking profusely into toilets or spare bowls.  We actually ran out of bathrooms.

I have been sick plenty of times in my life, but nothing compared to this.  I don't think I have ever vomited that hard.  My abs are still sore.  I think somebody burst a blood vessel.  I was actually worse than labor.  Not kidding.

BUT- by the end of Tuesday I was feeling a little better.  A dear friend brought some food for my family.  (I told her not to worry about them.  I wasn't cooking, but I figured they could eat ice or just weep.  I was kind of in a "who cares" coma from my own vomitous past.)  But she brought it anyway.

So Tuesday evening I delved into the cursed laundry.

Wow.  Profuse nighttime vomiting really yields some laundry.  Sheets.  Sheets.  Towels.  Sheets.  Etc.  Not to mention I was a little paranoid about killing this stuff.

No worries people.  I am like Martha Stewart with tons of kids and no jail record.  I got washing.

By the end of Wednesday, I was almost caught up.  Then I went to bed.  Ahh...sweet relief.

Until 3am or so when the lights burst on and my husband informed me that the 2 year old sleeping between us had spewed in my fresh sheets.

Then I woke up, ticked off everybody who has ever or will ever use the internet (see post above) and started cooking.

Then, after I made a cake for a funeral, said pukey baby stuck her fingers in it while I took my first shower in over 24 hours.  I actually contemplated just frosting over the finger holes (she really went to town) but figured if I gave puke kid germs to a bunch of people at a funeral I would go to a very bad place someday.

So I QUICKLY made another cake from scratch.  Only my ingredients for my trusty Texas sheet cake were all used up so I pulled some random recipe off the internet.  The four year old says, "I don't know mom. You have never made this one before.  It might not be good..."

The cake probably really did stink.  I actually put cherry plum jam in between the layers.  Gag.  But I made it anyway.

You get the picture.

What it comes down to is I would rather be sarcastic on Facebook with a bunch of strangers than lose my everlasting shiznit on my real kids.

But I stand my by "Facebook Rules".  Those things really are irritating.