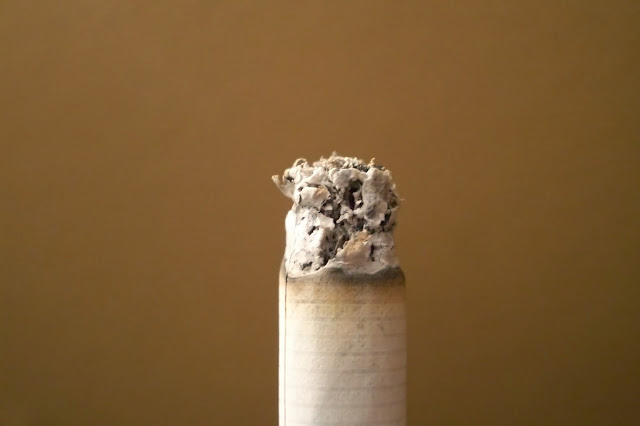 I do have my moments of smug superiority.

Take the other day for example.

I was parked at a grocery store.  Getting my two little ones ready to go inside.  I forget why but I sat in the car for a few minutes before I got out.  I noticed the car next to me.  A mom and dad were wrapping up their shopping and getting their baby in the car.

I try to contain my self-righteousness but it does sometimes creep up.  Now was one of those times.

I noticed that said couple were both smoking a cigarette while they held their little baby.  The infant had to have been under a year old.  I gave myself a mental pat on the back.  "Go you Sarah.  You don't blow smoke in your kid's face.  Ha ha!  You are doing something right!  What are they thinking?"

Next they strap the baby into the car in a big old forward facing seat.

Now I am actually not much of a car-seat snob.  I am old enough to have turned my first few kids around to forward facing right around their first birthday.  (Don't lynch me yet.  That was what it said on the car-seat back then!  I swear it!  I never heard anything else.  Plus, my GOSH they hated looking backwards.)

Back to how awesome I am.

I am not really that judgy about car seats, but this child was pretty clearly not even one and it was facing forward.

Another mental back-slap for myself.  "Ah-ha!  I am superior to them in yet another way!  Go me!"

Around this time my baby points at the people and says "Scary mama" because the shirt one of them was wearing was kind of freaky.

Once again, I felt superior for my boring clothing.  Boring is kid friendly.  YES.

Well- so far it isn't even noon and I am totally a better parent than most the other people I have met this day.  TA-DA!

Then I start getting my kids out of the car.  Might as well get some shopping done, since I am better than everybody and all that.

(Grocery shopping usually takes me down a notch or two anyhow.)

So I have a little mini-van.  (Can I just take a moment to say THANK HEAVENS for that mini-van.  It really changed my life.)  It has sliding doors.  I grabbed my baby out of her car seat to put her in the grocery cart.  My four year old has her seat on the other side of the car so she usually gets out the other door.

I guess I wasn't really paying attention...(Who can pay attention when their brain is filled with healthy dose of holier-than-thou-itis?)  So I must not have been paying attention, and I must have assumed that the four year old was climbing out the other door, and after I grabbed my two year old I grabbed the sliding door to slam it shut.  (You really have to put your back into it with those old mini-vans, ya know?)

Except the four year old didn't go out the other side.  She was trying to come out the door I just so forcefully slammed shut.

I didn't see her.

I actually closed her head in the door.

It was a bad moment.

The couple I had been so recently shaking my head about got to witness the whole thing.  I think they actually waited a moment to see if she was OK.  They were probably really nice people who gave a crap about children, even if they weren't their own and even if they had missed the memo about rear facing.

(You are probably wondering if she was OK.  My daughter is actually 100% OK.  There was no blood, no concussion, no permanent damage.  It does really help that her dad is a chiropractor and he fixed her up pretty quickly and there isn't even a mark to show what I did.)

It is kind of a bummer that I need these horrid reminders that I am not actually better than others.  But I need them.  All the time.  And I get them.  All the time.  And I never enjoy them.  Even though the head slam in the car door was an accident, there are a dozen things I do every day that are not accidents and really do reflect poorly on me.  This literally makes me sigh a very big sad siiiiiiiiiiigh.

I hope my kids survive me.  I hope when I am an old lady that they are wonderful, functional, joyful adults who care about other people and don't spend their days feeling superior because they never picked up a habit that was hard to break.  I hope my children remember my good moments and forget the bad ones.  I hope I can be realistic and humble without devolving into a slimy patch of self-loathing and depression.

Oh gosh.  Motherhood is really hard, isn't it.  Finding that narrow line where you are kind enough to yourself but not so kind that you overlook what you need to work on...it is gnarly stuff.

Probably not as tough as being my kid and getting closed in an old mini-van door, but still.  Tough.

Peace out mamas.  I hope you have a great day and I hope you are nice to yourself.


PS- Please don't make the comments a huge high horse about car seats.  I may actually lose my shiznit if you do.
And yes, I know that smoking doesn't make one a bad person.  Some of my favorite people in the world were smokers.

Lindsay said…
I hate those moments. Especially when I'm knocked right off my high horse even though I just got on.

Lisa said…
Gotta make a carseat comment because I am old enough that my first couple were out of the carseat by 1 and the next ones were forward facing at 1...and yep, the carseats did, indeed, state that they were to be turned around at 1. Glad your daughters head is fine! She now has a fine story to tell as she gets older!
November 7, 2013 at 10:02 PM

Mama Birth said…
Don't worry she is telling everybody. "Mom slammed my head in the car door!" She really likes to share stories about her own pain, much to my chagrin.
November 7, 2013 at 10:08 PM

Robins birth cheat sheet said…
I remember buckling my firstborn into his car seat , in the middle of the backseat of course and facing backwards (like you, I was such a great Mom and on my high horse for doing everything perfectly),. My girlfriend and I were in traffic, waiting to turn into the mall, when she had to throw on the brakes for some reason and I felt a sickening thud against the back seat, but no sound from my son! In my panic, I jumped out of the car into the traffic to yank open the back door, only to find the car seat upside down and wedged between the back and front seat. His eyes were closed and he was just hanging upside down from the car seat straps and I truly thought he was
dead. When I finally got him unbuckled, it turned out that he was sleeping so soundly , that he slept through the whole incident! I had forgotten to buckle the car seat into the car.!
November 17, 2013 at 9:26 PM