An Ode to Pregnant (in the Summer) Women

As I was walking outside today in the 105 degree weather this fine (and vaguely muggy) July day I had one overwhelming thought enter my mind.


"Holy rusted metal Batman, I am so glad I am not currently pregnant."


But I HAVE been pregnant and birthed three summer babies (June, July, and one absolutely hell-o-rific mid August baby) in the summer.  During my August baby pregnancy I simply hurt everywhere, slept with icepacks, and hoped I wouldn't die.  The house we were in had no air conditioning and it was the peak of misery.  (Did I mention that I also lived with my mother-in-law.  It was kind of like hell, only less welcoming.  Though I should admit that at the end of my pregnancy she got a swamp cooler so now I sound like the jerk.)

In memory of those miserable pregnancy months spent swelling and sweating and praying for relief I have crafted a poem for my fine and fully preggo friends.  I never liked poetry much so it is a terrible poem, but I made it for you. 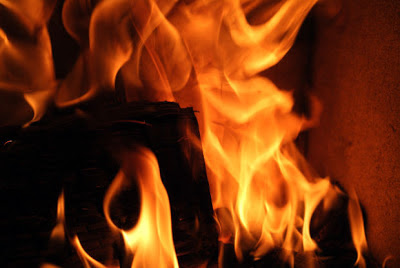 An Ode to Summer Pregnancy

Being pregnant in the summer sucks,
People who say otherwise are nuts.
First there is the swelling of all extremities.
Who knew your hands could ache, like you were in your eighties?
Flinestone toes seemed cute in cartoons,
but on your feet they just make you want to swoon.
All your shoes hurt,
Even the ugly Birkenstocks that make you look like dirt.
Swelling makes your body want to burst,
even if you quench your thirst.
You can't drink enough water no matter how hard you try,
it feels like you are so hot, you just might explode and die.
Drinking fluids seems to make your tiny bladder hurt,
and encourages unasked for squirts.
Pregnant summers just are the worst,
In fact you are probably more miserable, than a tied up Patty Hurst.
Then there is the sleeping,
it just makes you feel like weeping!
(Can you even call it sleep,
when it is more painful than being kicked by a sheep?)
The tossing and the turning,
made worse by Summer's burning,
is sure to make a pregnant girl,
wish she had never enjoyed that whirl...
Then of course there are the twin comments,
that just make you lament.
Or even better are the reminders,
that make you want to put someone in a meat grinder.
They begin with "You should feel grateful..."
and end with you actually feeling hateful
towards the person who is so annoying
and whose cologne is cloying.
But chin up pregnant ladies!
Sure you burn like Hades,
But soon you'll have a child!
(Whose personality you deserve to be mild.)
And eventually it will be September
and you will no longer remember,
The deep and brutal burn,
of the pregnancy where you learned,
That toes can look like a Polish dog,
and you can feel just like a hog.

Lisa Mason-Adams said…
Hahaha. I had my first in October so I was in my second and beginning of third trimester in the summer. And I JUST had my second on July 1st so I can all too recently relate. I was lucky in one way however. We had a serious heat wave in mid July and because I had just been pregnant I was able to sit back and think "hey! This ain't so bad!" While everyone around me was melting!
August 10, 2013 at 12:19 AM