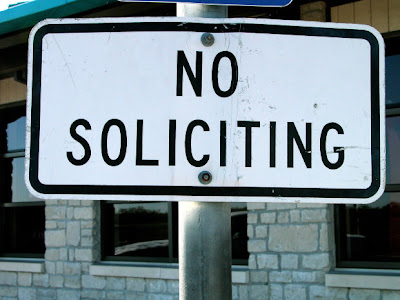 This week was I going to leave the house.  Of course as I stood up to head out the door I found a pile (I won't get into the color and texture here) of poo in the middle of the floor next to the (diapered) baby.

Right then and there I realized that I needed to put the kibosh all these free range kids of mine.  First order of business:  house rules.

Rule 1)  No poop on the floor.
It doesn't matter how old you are or how you are feeling.  Keep it in your pants or in the toilet.  You don't like it?  Clean it up!!  (Yes, I am aware that I will miss the warm softness of another human's feces in my hand someday.  You mentioned it back when you were stoned.  I didn't believe you then and I don't believe you now.)

Rule 2)  No bickering.
I wish I could say that my four children got along swimmingly and solved problems with healthy words learned from their equally emotionally healthy mother.  But...well, I must not be that emotionally healthy.  STOP FIGHTING GOSH DANG IT!  (For the record, the Waldorf Kindergarten teacher says that learning to deal with conflict is healthy.  She also says that eating at my house with all my children reminds her of an insane asylum she used to work in.  {She really said that.  She is a very honest woman.})

Rule 3)  No chubby rolls on mom after giving birth four times.
I am so SICK AND TIRED of busting my tail to lose the last five pounds.  (This has nothing to do with parenting but seriously- I ran over six miles this morning- I should look like a Kardashian.  By the way- the first person to point out that I should stop eating chocolate will become my arch enemy.)

Rule 4)  Everybody must listen the first time I say stuff.
Honestly- military school is starting to sound really good.  I wonder if they like three year old girls at military school...(PS- if you have never had a three year old, then don't tell me how cruel this rule is.  You will be punished later by fate/karma if you do.  Don't say I didn't warn you.)

Rule 5)  No more coloring on the wall.
Dear children- when you color your NAME on the WALL and then say it wasn't you, I am not fooled.  I wasn't born yesterday!
Love,
Mom

In fact, in an act of vengeance on all Waldorf inspired creativity and inspiration, I just may ban all art making supplies in my house- for good.
Creativity my butt!  Kids were smart before crayons!

Rule 6)  If I just finished washing and folding the diapers, there must be a MINIMUM of 5 hours until the next blow-out diaper.


HOW DO THEY TIME THIS?!
Children may actually have psychic poop ability.

Rule 7)  No soliciting.
Now you are thinking, "Does she live with a pack of dirty, crapping on the floor, artistic homeless people who are constantly asking for stuff?!"

Just 10 minutes without being asked for something....

The very thought nearly moves me to tears.

I love being with the kids.  But right around 7:30 at night I start to lose that thing I lovingly refer to as "my mind".  It's really best for everybody if all people too short to go on a roller coaster are in bed softly snoring at this time.

I know.  I need to buy more NyQuil.  (This is one of those times when a Chiropractor husband with an aversion to mind numbing drugs is really a downer.)

I grew up never (ever, ever) drinking caffeine.  One natural soda was allowed, once a week on Sunday.

But now I have decided that those rules (while they apply well to children) really make life somewhat unbearable.  Also, hardly ANYBODY has Diet Dr Pepper on tap in the drive-through.

(Maybe you are thinking that I should just BUY this stuff.  Did you miss the part about my Chiropractor husband?  Dr Pepper is right up there with crack cocaine in his book.  And Diet Dr Pepper....Just don't drink one in front of him unless you want to hear the phrase "You will pee out the calcium in your bones while at the same time giving yourself diabetes!  And lupis!"

Rule 10)  If mom is taking a shower (or doing other stuff that requires a toilet) please, leave her alone.

Just the other day I heard somebody with grown children lamenting the fact that nobody had watched them have a bowel movement in YEARS.  They cried a tear...

Oh wait- NOBODY EVER SAID THAT.

Now that would be a start, wouldn't it?


(Lest you think I am depressing and grumpy, don't forget that this is the healthiest way I have discovered to deal with the anxiety inherent in everyday mom life- sarcasm.  Also, be grateful I didn't begin this blog post with a picture of the aforementioned poo.  I don't know how to use a camera.)

And I too love Dr. Pepper...though I tend to drink the full octane stuff.

Also, disposable diaper wearing babies tend to poop in a brand new, mommy just changed diaper. It is like a clean diaper is the best place to go.

One of my friends watched my kids for me one afternoon while I was in the process of moving. She compared their needing things to being pecked by hens - they are relentless and they don't stop unless kicked (kidding, sort of).
April 6, 2013 at 8:27 PM

Mama Birth said…
HAHAHAHAHA! Hens!
And people who complain about two year olds have never had a three year old. Currently holding my sweet two year old who is kissing me repeatedly.
April 6, 2013 at 8:37 PM

Mama Runner said…
Oh, yes, I'd take 2 over 3 any day of the week. I worked in a daycare center before I had children. The 3's would give me a pounding headache within 10 minutes, but the 2's were awesome.

As for names on the wall, my parents have a picture of a giant J followed by my sister's name carved into the wood trim. I started to carve my name, then realized they'd know it was me and switched to her name. They weren't fooled.
April 7, 2013 at 6:45 AM

JuliPickle said…
The McDonald's right around the corner from my neighborhood has Diet Dr. Pepper. It's my favorite but it does make it hard to resist when it's so convenient. My husband used to not like it when I would drink it, but then he put it together that the days I drink caffeine are also the days the house gets clean. :)
April 7, 2013 at 8:37 PM