Ugly Elections and the Women Who Suffer 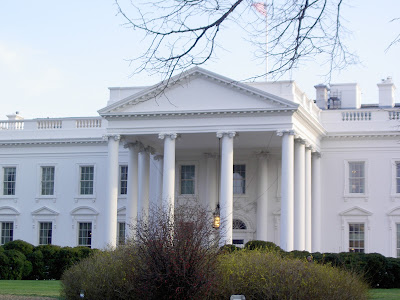 Election time again.  Two men fighting like children over a big white house and the power to rule the free world.  It is enough to make you all warm and fuzzy inside.

And then there are the women who love them.

But of course, the media or politicians or maybe even other women have a way of making this ugly.  Oh yes, Michelle's speech was smarter (by a landslide) than Ann Romney's.  And of course there were the comments early on that Ann never worked a day in her life (despite raising her five boys).  I can only assume that others have made pot shots at the first lady because she has a career AND children (despite the fact that they all seem pretty happy).  No time like election time to call women stupid or selfish or anything else we can think of in order to push an agenda.

Let's of course forget that politicians and others often have their speeches written FOR them.

Let's forget that the wives of politicians are pretty much obligated to say nice things about their husbands in public even if they are committing fraud or skirting around town (not that either of these lovely men are doing that).

And of course let's forget that we are talking about POLITICS- that special island where it is OK to trash on, hate, dis, make up stuff, forget other stuff, and basically do whatever you possibly can in order to get elected.

We should forget all that.  Instead we should pit woman against woman, we should criticize however we can and we should be mean and hateful.   Because of course, it is politics, so it must be worth it.

It makes my little heart just a tiny bit sad to see how often the cruelest ones in these "debates" are women.  Yes, women criticizing other women because they don't like the policies or opinions or "track record" of their husbands.

Well I have news for you ladies.  (And it isn't good.)

You have been sold down the river.  You are a PAWN in a game much bigger than yourself.  Yes, if you have taken the time to bash on Ann for "not working" or Michelle for being a lawyer or if you have said Ann is as smart as a fifth grader or Michelle spends too much on her clothes then you are playing right into their game.  The politicians game.

This is a game they play with us and we shouldn't play it.  They look for the hottest subjects, the most divisive issues that make women hate each other and they highlight them in order to GET VOTES.  They don't care about me or you or our rights or our ability to make choices - on EITHER SIDE.  They make money and they get paid and they get ELECTED when they turn people on each other.  They are very good at it and they are very good at doing it with women.

I think it is kind of pathetic.  Kind of pathetic that we have bought it, every last line- and we believe it.  We should be ashamed of ourselves for letting any of this be even remotely about how smart this or that woman is.  We should never let the game of politics be about turning working mothers on stay-at-home mothers.  It might be subtle, but that is EXACTLY what they are doing.

momto5 said…
right on. what does how either woman dress have to do with anything? like that is even important. it chaps my butt when we have the "first" ladies do dumb things like bake cookies or comment on their clothing or arms or whatever. are we ever going to be more then an outfit? how can we demand change when we play into the stupidness like that??
September 10, 2012 at 11:59 PM

Briar said…
As a feminist, I believe it's my obligation to champion however a woman chooses to live her life, whether it's as an attorney, or as a stay at home mom. Either road is difficult. As a mother, I like to believe that we're all just making the best choices we can, with the best information we have at the time, and the most prudent thing to do is to cut each other some slack.

I will never understand why it has to be all or nothing, and I truly believe that if we'd stop polarizing motherhood, we'd ALL be much better off. In its own sad way, this is just another mommy war.
September 11, 2012 at 2:25 AM

Vote with your cents said…
I'm really glad to see someone mention this, because its been something Ive hated for a long time. I remember turning 18 and being pressured to vote by my mother (and being pressured to vote a certain way) I don't really feel like either side deserves my vote, and mainly because they aren't really saying anything new to me. I was interested in the last election mainly because of new choices. The first female vice-president or the first African-American president, that was something new and exciting, but further than that I didn't hear anything that made me hopeful. Nothing that made me race to the polls fingers crossed excited for my candidate to win. I got HUGE flack for not voting, I remember how upset my mother was over it, screaming at me for three hours how I should be out voting Republican (her side) and claiming the only reason I wasn't was because my husbands side of the family is Democratic. People had fought and died for my right to vote after all, and I was spitting in their faces for not voting. Okay, back up a minute. If people fought for my freedom (something I am endlessly grateful for) does that mean I'm shackled another way? Not really free to choose, but forced to choose from a very select few who the corrupted parties have chosen for me? That doesn't really sound like freedom, it sounds like following instead of leading. I obliviously do not care what party you choose, I was raised right wing and married left wing. I believe to strongly to personally allow myself to be a cookie cutter copy of a voter. I don't want a stuck up doesn't see things from an every day Joe's perspective candidate who will never know what the every day life of an American women or man is like. Will never feel our struggles so will never be a true advocate for them. Give me a female or male who started with nothing and watched mom and dad struggle to pay bills, raise kids, not lose the house while still loving each other and their kids like crazy. Give me that human who was close to not having clothes or food but had a great childhood anyway, because they were happy with what they had. Take away the need to slander everyone who could take office away from them, the need to spend millions on a campaign trail when so many people are going without, give me someone who has made mistakes in the past but doesn't bother to hide them, but advertises them instead to help others learn, and tells the press they don't have time to tell you what the others have done wrong, they're here to talk about what needs fixed, and how given the chance to try in that limited four year window, they will do everything humanly possible to not forgot that power corrupts but absolute power corrupts absolutely, and at the end of the day a president is really no different than a civil servant, like your mail carrier or the kid in the reflective very paving your road. Until that day I'm not going to just say, "okay ill settle. Neither of you believe what I believe in, but ill suck it up and vote against my will because its wrong/illegal for me not to choose the lesser of too evils here" That's the equivalent of telling your daughter, "You might as well just sleep with the guy, I mean after all, your not getting any younger and how do you know your holding out for mr right? This is as good as it gets so you can either sleep with Jerry or Chris cause these are your options" it makes no sense right? So why indeed do we keep playing their games and then being so surprised when after the big pep rally, during the game our favorite players are still being benched? Because WE let them.
September 11, 2012 at 3:15 AM

Vote with your cents said…
Forgive my novel length rant and the grammatical errors followed up by auto-correct errors that are sure to be there. I wrote this at five in the morning (9 months preggo with insomnia) on a tiny smart phone screen. I guess I a more dedicated fan than I thought lol
September 11, 2012 at 3:28 AM

Anonymous said…
Have I mentioned that you rock? Because you do. Thank you for eloquently calling out these clowns who turn people against each other to accomplish their own selfish goals. I only wish more Americans had the level of critical thinking skills you do (or heck, ANY critical thinking skills would be a good start).
September 11, 2012 at 6:58 AM

lys810 said…
Or you could vote for a third party candidate- there ARE politicians who DON'T play these games.

Vote with your cents said…
There are a lot of candidates that don't play games but rarely if ever make it to the position for us to vote for them.
September 11, 2012 at 11:50 AM

...Ladies, you need it educate yourself verse going with the flow and doing what main stream tells you. Whether it is Fox News or NBC, go further and gather information yourself beyond the headlines. The relentlessness of media-driven pop culture deadens our senses to authentic truth, beauty, and wisdom.

Unknown said…
what is also interesting is the idea of two parties...to give us the illusion of choice. Our Constitution says nothing of parties. Republicans vs. democrats, working moms vs. stay at home moms, home birthers vs. hospital birthers, vaccinated vs. unvaccinated, circumcised vs. uncircumcised. It is all a game designed to pit us against each other, to focus on our differences instead of our similarities. Very sad really. Thanks for sharing as always
September 13, 2012 at 3:39 PM