Circumcision and the AAP 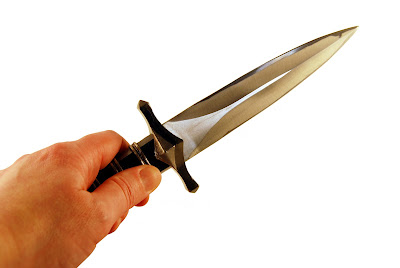 Just recently the AAP (American Academy of Pediatrics) has issued a new policy statement on circumcision.  Frankly I have never considered myself an intactivist- they seem a little angry to me.  But also frankly, this statement has made me think that maybe they are angry for a reason.

You can read the AAP statement in full HERE.

The basic concept is that circumcision is now recommended (or is it?!  it isn't really that clear) because the benefits outweigh the risks.  The benefits are as follows,

As is true to fashion for those policy statement makers over at the AAP and ACOG- they didn't actually include any REFERENCES for their statement.  Just vagueness about how leaving one's son intact is sure to result in HIV (death) or urinary tract infections (OUCH), and the like.

Don't worry though- I took the liberty to look up the information FOR THEM!  I know policy making doctors are busy so I am up in the middle of the night after sweeping my floor bringing you the latest and greatest in medical research.

Let's begin with the big banana- HIV and circumcision.  The first study I found that linked circumcision (pardon me- NOT being circumcised) to HIV was this one.

But wait- it also looked at other factors- It seems that,

Dude.  Sucks that I am a woman.  Maybe they should cut me off too.  I could give you a disease.

This can't possibly be the study they were thinking of when the AAP made that statement.  It was actually done in India, so it seems kind of distant to have a direct impact on little American babies.  Must keep looking for good research to support this statement.

Here is another one, a meta-analysis.  This might be what they were getting at.  This compilation of studies done in sub-Saharan Africa found that,

" Male circumcision is associated with a significantly reduced risk of HIV infection among men in sub-Saharan Africa, particularly those at high risk of HIV. These results suggest that consideration should be given to the acceptability and feasibility of providing safe services for male circumcision as an additional HIV prevention strategy in areas of Africa where men are not traditionally circumcised."

OK- so men in sub-Saharan who are circumcised have a lower risk of HIV infection (oh, and they have an even higher risk if they are at high risk.)  Lots of studies- so this is good.  Does this study apply to you if you have an infant child in ANOTHER part of the world?  That is for you to decide.  Even the people who did the study did NOT recommend circumcision to babies in America (or anywhere else)- but to MEN in THIS PART OF THE WORLD who were HIGH RISK.  I think it is worth it to point out that the researches on these studies did not (that I could ever find) recommend that routine infant circumcision be done simply because of their findings.

Here is another study, this one in Australia and done among homosexual men.  It however DID NOT find that circumcision was a risk factor.  They must not have looked at this study. It found that,


"Our data showing that there is no difference in the circumcision status of men infected by receptive or insertive UAI, in a population with a circumcision prevalence of approximately 75%, suggests that circumcision is not strongly protective against HIV infection in homosexual men."


Here is another study (also in sub-Saharan Africa).  This one looked at the link between circumcision, HIV and cervical cancer in women.   This study DID find a link between intact men and the spread of certain diseases.  However- the researches did not recommend routine INFANT circumcision.  Instead they recommend (in THESE areas)

There are many other articles on HIV transmission and the circumcision link.  I recommend you look for them yourself.  Simply Google, "research articles circumcision and disease transmission" and you will find plenty to keep you busy.

Let's move on though to the UTI (urinary tract infection) circumcision link.  I personally have had TWO UTIs in my life and let me tell you, they are uncomfortable.  I actually took antibiotics.  If only I could have prevented them by cutting off part of my genitals....

Here is a study that tries to determine if circumcision is worth it to prevent UTI.  They found,


"Until this additional information is available, the present data do not support the routine circumcision of boys to prevent UTI. However, circumcision should be considered in those with recurrent UTI or significantly increased risk of UTI."

Here are a few more research articles on the subject, should you care to read them.  (Notice how I include this stuff- it is because I think you are smart enough to check your facts- EVEN if I disagree with the findings.)

This one found that circumcision did lower UTI risk for the first year of life (but they still didn't recommend it routinely.)
Here is another on the subject.
And another.

I have to admit- I am feeling tired.  The AAP also mentioned the increase in penile cancer as a reason to circumcise boys.  Feel free to Google that yourself.

I hope that we can all do our OWN research on any procedure for our children that cannot be undone and which may or may not benefit them.  I hope also that we can have honest conversations with our children as they grow about how their lifestyle choices and can impact their incidence of contracting serious STD's.  I hope we can respect our children enough to allow them to make their own choices, no matter how painful that may be.

I wish you wisdom as you make the many, many hard choices you will have as a parent.  And I hope that those we respect and whose opinions we value can make recommendations that are really for the health and safety of our children.

(As an aside, this is not meant as an insult to parents who choose to circumcise.  This is a criticism of a physicians group making a pseudo (but not quite...I am honestly not sure what the point is) recommendation on something without supplying data to support their claims.  Not only that, what seems to be the most upsetting about this statement is that no definite mandates are made- EXCEPT one- which is they want to be reimbursed by insurance for this procedure when they do it.  This seems to me, quite frankly, to be more about money, insurance, and getting reimbursed for a very common procedure, more than it is about babies or circumcision.  That is what is most disappointing about this statement- that those who should have the best interests of our children at heart seem most interested in getting paid for something that may or may not be necessary.  Just my two cents.)

Anonymous said…
You ROCK. This is exactly what I needed to read. Circumcision is not a good thing or a bad thing; it's a choice that at-risk men should be informed about, but not a procedure all babies should be forced to undergo as a "preventative" measure.

I don't know why we, as a society, tend to approach these issues with an "all or nothing" mentality. Let's cut ALL baby boys to prevent the 0.001% chance they'll have of getting penile cancer (factual percentage, btw).

The same type of situation applies to vaccines (let's give ALL newborns HepB shots, even those who have ZERO risk of contracting HepB at birth).

Why don't we just remove all breast tissue from girls at puberty, so nobody gets breast cancer.

Thank you for doing the research after sweeping your floor... As they say, if you want something done, assign it to someone who has a full plate! :)

Erika said…
So now that the AAP recomends circ'ing your newborn son, are the insurance comapnies going to cover it as a necessary proceedue and not an elective/cosmetic one? No? Didn't think so...
August 28, 2012 at 7:18 AM

momto5 said…
it just gets me that cutting off tissue is preferred to education. are we all so afraid to actually discuss sex with our children (but not afraid to put it in movies)that we would cut off the skin of a newborns genitals?
and if we are circing infant boys to keep them clean and disease free why not circ girls as well? i mean i have had multiple UTIs and yeast infections. maybe if i didn't have folds and moistness down there i wouldn't have had that. maybe we should just cut off all tissue that is potentially cancerous?
UGH!
August 28, 2012 at 7:34 AM

The practice of circumcision, and the promotion of ignorant intact care (the statements in this AAP report are backwards and awful) are two reasons why doctors are ignorant about normal male genitals.

An ignorant doctor hurt my son by forceful retraction. Circumcision is the reason doctors are ignorant. They don't have a foreskin, their kids may not have one. Their teachers in med school probably didn't have one.

The new AAP statement also puts intact boys at risk (because it promotes ignorant and wrong intact care and ignorance about the function/value of the foreskin).
August 28, 2012 at 12:37 PM

Janie said…
I'm angry. Angry is a valid emotion to have when protecting the rights of innocent people especially newborn babies.
August 28, 2012 at 12:54 PM

Susan Skok Martin said…
When I read the statement, it looked like it was made so that insurance companies would cover the cost as it was now considered a legit medical procedure. That is what really seems at the heart of it. I am sure the insurance companies have been refusing to cover the procedure because of the prior statement on circumcision. Maybe that was what was driving the new statement?

I never had to deal with this issue myself as I two girls. But, I know that it is a difficult one with many viewpoints -- which are pretty impassioned on both sides.

Kara said…
"I hope also that we can have honest conversations with our children as they grow about how their lifestyle choices and can impact their incidence of contracting serious STD's. I hope we can respect our children enough to allow them to make their own choices, no matter how painful that may be."

I couldn't agree more. Medical professionals should emphasize the importance of teaching our boys about proper cleaning (to avoid infection), practicing safe sex, and getting tested on a regular basis, rather than recommend we cut off parts of sons' bodies.
August 30, 2012 at 6:38 AM

Angela said…
excellent post. You have earned my respect for the gracious, informed, and respectful way in which you presented this information. well done. i plan on sharing this post with anyone who will read it. :)
August 30, 2012 at 6:22 PM

Mommy Baby Spot said…
I'm angry too! I hate that parents aren't fully informed when they are presented with this choice. The physicians down play any potential risks (if they mention them at all) or ask if they're circumcising while at the hospital! Babies die from this procedure, pointless deaths...some need more surgery to correct botch circs....some men have painful erections because too much skin was removed...I could go on and on and on and...ok I really hate circumcision and think it's a human rights violation. As you said in your post, nowhere does it recommend routine infant circumcision! In countries where very few are circumcised, they don't have babies or children with UTIs because they know how to take care of intact penises!
INTACT DON'T RETRACT only clean what is seen just like a finger.
I told a doctor once that he needed to peel his fingernail back to make sure he got all the dirt from under it... I saw the light bulb go off and we actually had a long conversation of me educating HIM about the intact penis and proper care!! ok sorry about the rant, thanks for the researched post!
August 31, 2012 at 5:07 PM