What Happens In Labor, Stays In Labor 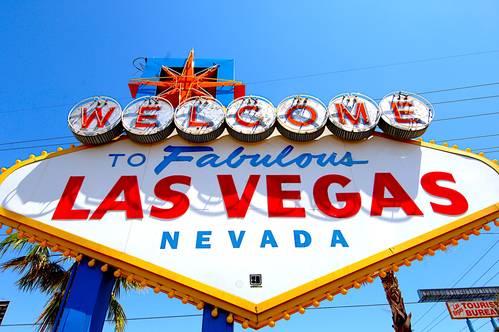 You know those awful commercials for LasVegas that say, "What happens in Vegas, stays in Vegas"?

I hate them.  Yeah, I know I am a prude, but I seriously hope nobody actually looks at life that way.  Can you imagine?

Hubby goes to Vegas for the weekend.  He hires a prostitute, gambles away the college money, and comes back stumbling.  BUT...."It's OK babe," he slurs.  "What happens in Vegas, stays in Vegas!  It's all good!"

The whole, "It doesn't matter what you do" mentality is kind of bogus, except for.....

I don't know how many women have told me that they have fears regarding birth.  Some common ones are:

You know what- these fears are totally legitimate and some come from a very real place of vulnerability.  But I want to tell you something else-  What you do in labor, the way you act or "lose control" or even pooping on a bed- IT IS OK IN LABOR.  Because what happens in labor, really does stay in labor.

I have to say, I never freaked out with my first baby's birth.  I never lost it or had a transition where I begged for drugs.  I think I was too tired to care.  When my second came along and I started pushing, it was a totally different story.  I had pushed for four hours with my first baby and when it began with my second, all I could think was, "This is going to take all night long and it hurts so freaking bad.  Somebody shoot me now."

And then, I started freaking out, yelling, screaming, etc, etc.  I am not sure I told the midwife she was a liar, but I THOUGHT she was, along with everybody else in the room who said the baby would be here soon.  I also thought my body was being torn in half and it was not a good sensation.

Then, afterwards, I was deeply, deeply embarrassed.

I once peed on my floor in labor, and I pooped with one of the babies too (maybe more, I think people are usually too polite to mention it).  I have screamed and lost it and contemplated my imminent death and the virtues of the epidural.

You know what though- that is all good.  I heard a very conservative doctor tell me once that the sweetest women would swear like sailors in labor, but, he said, it's LABOR so it doesn't matter.  It really doesn't.

Losing control, second guessing yourself, contemplating mortality, even pooping in public are all normal parts of labor and they are acceptable.  If we surround ourselves with people we trust and who won't judge us when we lose it, we are even better off.  The only thing left to do is stop judging ourselves.

Find your inner animal, the one who doesn't care what you look like naked and forgets the exact nature of being potty trained.  When you do this, you are able to birth fearlessly, let go, open up and just BIRTH.

Unknown said…
So true! My MIL told me of a women who's labor took days because she was worried about her husband seeing her naked. Once she was able to get over it the labor picked up.

I just take my glasses off so I can't see anything and then I don't really care what is going on around me! I'm pretty sure I've pooped at both my births but I leave that out when I tell my stories :)
July 27, 2012 at 7:10 AM

Unknown said…
Yeah. I quickly lost all reservations and inhibitions after my first birth. I pushed with the first for about 3 1/2 hours, and I was sure NOT going to do that again ever. Sure enough, I pushed out baby 2 and a couple years later, baby 3 (a nine-pounder w/almost a 15 inch head) in a matter of minutes (vs. hours). I stopped worrying about being lady-like and polite...you just gotta get "in the zone" and make it happen. Ha ha. :P
July 27, 2012 at 12:29 PM

C. Beth said…
I love this! I am so blessed that my natural births were both in a freestanding birthing center where I was never made to feel weird or strange, and where no one told me to be quiet. :)
July 27, 2012 at 1:10 PM

AmberLou said…
I found that getting everyone to tell poop jokes makes the thought of accidentally pooping in front of others easier... :)
July 27, 2012 at 6:32 PM

Anonymous said…
This is awesome, I just sent it to a friend who's 8 months along and has to deliver in a hospital. Finding your inner animal is key, thanks for the reminder! During my son's birth (10-pounder @ home), I remember my midwives happily announcing "We've got poop!". Thankfully, I was too far gone to care. I also remember transitioning in bed wearing a shirt and then when the pushing contractions started I ripped off the shirt and didn't even THINK about who saw me naked. When else would you strip and poop in front of your husband, mom, and two midwives? :) Gotta love labor!
July 28, 2012 at 1:23 PM

MelissaH said…
During my first labor I bit my husband twice, almost broke the bed rail, and tried to rip the (ringing) phone from the wall. All this in the last 10 minutes of transition. After this I was peacefully pushing during contractions and sleeping in between them. :-)
July 28, 2012 at 6:33 PM

Joy@WDDCH said…
LOL! Yes, yes, yes! I agree. After my first natural birth I was a little embarrassed by how loud I got when pushing and timidly apologized to my midwife the next day (with my epidural births I didn't make a peep when pushing). She waved her hand and said "I *honestly* did not even notice!" Which I'm sure she did since midwives listen to the change of your tone, etc. but to her it was all normal so it wasn't out of the ordinary.

Poop and vaginas come with the birth territory and when you're in the middle of transition labor you honestly won't care, mommas. Hard to understand until you're there but it's true!
July 28, 2012 at 10:44 PM