What Do Unassisted Birthers Have In Common With Scheduled C-Section Mamas? 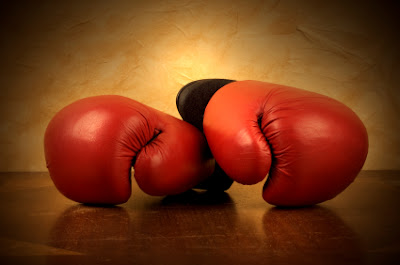 I have been inspired by Jennifer Block.  As I was reading "Pushed" these last few weeks one of the things that struck me most was that she compares women who plan unassisted births with women who plan c-sections.

Logically it seems that these two camps couldn't be more different.  But as we look a little closer, maybe these two seemingly opposite groups of women have some things in common.

She describes unassisted birth as something of a reaction to bad obstetric practices years ago:


"Unassisted birth isn't new.  In the 1960's and 1970's it was often the only alternative to a hospital birth- a strapped down, separated from husband, guaranteed episiotomy birth-- and the women who did it also gave birth to organized midwifery." (pg 101)


Today birth is a little different- the partner is expected to be an active participant, women are awake, episiotomies seem to be going out of fashion.  Things are better, right?

Except maybe better is the wrong word.  Different, yes.  But epidurals are rampant, women still often deliver supine, now they are strapped down with monitors, Pitocin is widely used, and a different incision, the cesarean, is at an all time high.  All in all, though the partner is usually holding mom's hand, he is often witness to a very medicalized and sometimes traumatic event.

She goes on to ponder this:

"And I wonder if there's something that the freebirthers are telling us;  I wonder if they and the "perineal sparing" crowd are really just two sides of the same coin: going unassisted and signing up for an elective cesarean are both coping mechanisms of a sort, the goal being to avoid a traumatic labor and delivery."


What do you think?  Are freebirth and the elective Cesarean just signs that the  maternity system is broken?  Are both kinds of women just trying to avoid a long drawn out, induction, epidural, probably end in a c-section anyway, birth?

What drove you to make your birth choices?  What is going on in obstetrics?  Why do women choose what they choose?  And most importantly, why do we have to fight for birth choices?

Michelle said…
"...going unassisted and signing up for an elective cesarean are both coping mechanisms of a sort, the goal being to avoid a traumatic labor and delivery."

I agree with her assertion to an extent, but as I (not so eloquently) commented on Facebook, I also think that we can look at the two camps as reactionary to a first, traumatic birth as well.

"Standard" hospital birth happens, woman is displeased, women chooses different birth next time (either just go with the elective c-section or something radically different.) Perhaps this is how they are intrinsically the same, not that they are a reaction to modern obstetrics, but that they are a personal reaction that causes woman to make a different choice next time.

janepeace said…
This is very interesting that this has been posted....My first birth was with a midwife. singleton. 10hrs. very little pain. It was good. my second birth was unassisted it was better. and by better I mean totally amazing. singleton 3hrs. NO pain.
My third birth was planned c-section. twins.
December 22, 2011 at 5:03 PM

A Much Better Way said…
I can totally see the connection. I had a terrible first hospital birth and a subsequent euphoric unassisted birth.

I still say that the ONLY way I would give birth in a hospital is by c-section. In other words, I am a hardcore UC mama but if there were a true obstetric emergency (prolapsed cord or whatever), I would be at the hospital immediately for a c-section.

I know that is not the same as an elective section, but is still only one or the other for me. The thought of a vaginal birth in a hospital sends me into a flat spin panic. (PTSD anyone?)
December 23, 2011 at 9:44 AM

Sara said…
I can see that they are both reactions to the same problem. I considered a UC for my current pregnancy, but in the end, I feel that it's wiser to have a skilled caregiver there in case there is something that I can't handle. I do think that if all women felt supported in their birth choices and had access to that kind of care, that there would be a lot less planned c-sections and UC births.
December 25, 2011 at 6:44 PM

Christy said…
I must throw in my two cents. I've had four births, first in a birth center only because I didn't know any homebirth midwives, second at home caught by my husband with a wonderful, hands-off CNM, third UC due to fast labor (I had the same CNM and was considering UC anyway), and last planned UC and I never hired a midwife for prenatals either, but did my own. (All my homebirth babies were caught by their dad.) So, I have no hospital birth experience that I am trying to avoid, although it would have to be a life or death emergency for me to birth in a hospital. And, I'm also not trying to escape a medwife homebirth. My midwife was wonderful, and I adored the way she unobtrusively observed from several feet away while my husband and I caught our baby. I have access to excellent midwifery care at home, yet I still prefer to birth with my husband. I know some UCers choose UC as they know it is the only way they will obtain an undisturbed birth, but some of us just want to be alone and feel comfortable doing so.
January 22, 2012 at 3:16 PM

Rebekah Costello said…
I absolutely loved that book and lend it out whenever asked. Fantastic read.

Block does draw an interesting comparison and I do think that her conclusion is a valid one. Her essential point is that the choice to birth via planned cesarean and the choice to birth at home, without medical assistance, are both fear-based positions. I would say that for many, she's most likely correct and that there are enough women making these choices out of fear to give her point credence.

However, women choose their birth settings for a variety of reasons and I feel that the reasons can be as varied as the women themselves.

For my part, I choose freebirth/homebirth not because I am afraid of the medical establishment but because I know that I don't need help. The medical interventions designed to assist women give birth are mostly designed with good intentions and have appropriate uses. Should I ever need them, I'll be grateful they are there. But until such a time, the reality is that women do not need assistance to birth. It's not a question of FEAR, it's the recognition of a simple fact: Mammals give birth, usually easily and without much in the way of complications.

I think for many women the issue of where and how to give birth comes down to feeling safe. Many women choose elective c-sections not because they think it's going to be easier or because they're terrified of giving birth but because they've been led to believe that it is the safest option for their babies.

Women who choose freebirth do so because they are convinced they can birth their baby's better than anyone else and that the safest place for them to do so is at home, without interference from well-meaning but non-participating entities.
April 24, 2012 at 5:28 PM