Birth As Performance Art- Narcissism or Something More? 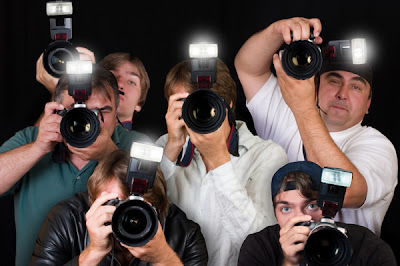 Recently a mother delivered her baby in a shocking place - not at home- not in a hospital,  but in an art gallery.  A Canadian Chiropractor birthed her baby live on the internet just before her midwives arrived.  A popular blogger had her first home birth and second vaginal birth after cesarean section viewed by thousands as it was live blogged a few months ago. Another popular birth blogger shares video of her home water birth.

If you read some of the comments about these women you will find a wide range of cruelty.  From things like, "an artist can call a bowel movement art" to "these women are killing babies".  Why the hostility?!  Are women really live blogging/performing/streaming their natural births because they are dyed in the wool narcissists hungry for a buck or a little bit of pubic attention?

Possible- of course.  I don't know any of these women personally.  They could be just out for some much needed attention or money.  Of my four children I have not a single picture of any of their births.  And I didn't even want one.  Video- no way.  Live- you couldn't pay me enough.  The performing art birth is not something that I would ever do personally.

Before we start to nail a few women to the wall for daring to disgust the world (OH MY!) by giving birth naturally and without a physician-  online no less, let us consider public birth.  Does it even exist?  Where can a bored birth blogger go to find some birth TV shows?

One Born Every Minute- Nice!  The pictures on the site are all of screaming/scared women in hospital gowns!  Birth must hurt!
I Didn't Know I Was Pregnant- Who knew?  There are actually enough women out there who fail to realize they are pregnant to revolve a show around it.  Well, at least maybe they had natural births?!
A Baby Story- All different kinds of births, most ending with "good thing you were in the hospital."

All other situation comedy births- Woman goes into labor (by water breaking first of course, forget that that this alone rarely happens) then screams, then five minutes later pops out a hairy four month old while lying on her back!  Even if the baby is born in the elevator, she must lay on her back.  Because that is how it is DONE.  Birth is dramatic, painful, scary, and gosh dang it- happens fast and supine!

(I should admit here that I actually don't even have cable and have rarely if ever watched these shows.  How is that for full disclosure?  They could very well be showing one fantastic, empowering, IV free birth after another.  Or- maybe their births show that which is common in this country- Pitocin running rampant, 1 in 3 women getting a c-section, and lots and lots of hospital gowns.)

Before we jump on the- "That woman who blogged/performed/streamed her birth is a media sucking wench" bandwagon, maybe we should pause.  Yes, stop and remember one thing.  Women- and lots of them- are ALREADY giving birth on television all the time.  They may not be doing it live.  They may not be doing it at home.  But birth is everywhere on TV.  It is in reality shows and movies and in episodes of "The Office."  EVERYWHERE.

What is missing from the already very common portrayal of media birth is not birth itself, but something else.

No birth doesn't have to involve an emergency, an IV, a foreign gown with an institutions name stamped on it (just in case you accidentally took it home and forgot where you got it), a doctor, a folding bed and knife.

Could it be that those brave women who dare to share their births with the world are not just publicity hounds who need some coin, but revolutionaries who want to change the way the world views birth, and even do it at their own expense.

I blog.  A LOT.  You will never see me live blog a birth of one of my children with a camera and nice lighting.  But lets not hate the women who choose to do this.  Let's give them the benefit of the doubt.  Let's assume that they are trying to counteract the overwhelming media images of birth as a horror with a few instances of birth as an event to be celebrated.

Maybe all of us should be trying to teach our daughters what birth is meant to be, not what we have been told it is.

Christine said…
I actually let my local radio station have it yesterday morning for posting the story about the museum birth and calling it "disgusting and weird".

Everything else in this world is being broadcast and crammed in our faces. Things like who is sleeping with who, too personal interview questions about sex etc. Nothing is off limits. But when a woman wants to (and has the courage) to publicly show the beauty and safety of a natural birth the world freaks and people get grossed out.

I watched the live webcam birth from Canada and read a lot of the live conversation and it was amazing. Most women were very supportive and even my husband thought it was interesting that she had the bravery to do that. I think these women and their willingness to share such moments are needed right now to show us where we come come and how NON horrific the experience is.

I think people get angry because they are not ready nor conditioned to accept the truth, so for their own survival they have to lash out because it's too much for them to accept at once. Even if just ONE woman was touched and changed her mind about the process from what they viewed, I consider that a GREAT accomplishment because now she can move on and change one more woman.
October 27, 2011 at 7:18 AM

Lindsay Copeland said…
Birth is not a spectator sport. In nature mammals seek quiet, privacy and safety to birth and this applies to the female human. Whilst not criticising her choice (I'm sure she's intelligent and informed ) that choice is far from a natural birth albeit non-interventional.
October 27, 2011 at 8:52 AM

Mama Birth said…
Certainly not for me- I agree- as few people as possible and a very private and sacred event. But I think their motivation may be misinterpreted. Birth IS a spectator sport in hospitals often- I couldn't name most of the people who were present at my hospital birth.
October 27, 2011 at 10:07 AM

Unknown said…
"Maybe all of us should be trying to teach our daughters what birth is meant to be, not what we have been told it is."

Lindsey said…
You know... I hadn't thought about it from this perspective yet. Thank you for sharing your opinion. I was very inclined to judge this woman negatively for her choice to birth in public, based on her previous body of what I would say is voyeuristic "art" work, but when you put it like you did... that birth is a spectator sport in hospitals... well, I can't argue with that. I had at least 20 people in my delivery room, only 3 of which I was related to.
October 28, 2011 at 2:30 PM

Kiera said…
As a woman willing to show her own home birth, I have the desire to do so #1) to show off my beautiful babe, but most importantly #2) to show other moms another way. If all we see is births like you described is already in the media, that is all we know! Women need to know they can do it another way too! Thank you so much for this post.
October 30, 2011 at 7:30 PM