I love the different journeys women make to find joy in birth-
Enjoy! 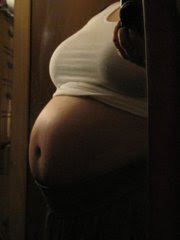 Kama said…
We are due with our 3rd in one week! We are planning our first homebirth as well. The other two were born in hospitals with epidurals. I am really looking forward to it!
October 20, 2011 at 6:40 PM