When I Think "THEY" Should Do Better 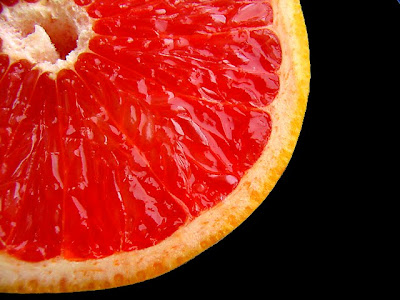 Does anybody else have a daily struggle with fault finding with their significant other? Well I totally do, but every time I read this story it reminds me how insignificant many of these things are and how changing the way I look at others can positively impact my own happiness. Not to mention, it probably makes everybody else's life easier too.

What does it have to do with motherhood? Focusing on our own difficulties with parenting rather than those of others might be harder on our own ego, but better for our development and our children's happiness in the long run.

My husband and I had been married about two years—just long enough for me to realize that he was a normal man rather than a knight on a white charger—when I read a magazine article recommending that married couples schedule regular talks to discuss, truthfully and candidly, the habits or mannerisms they find annoying in each other. The theory was that if the partners knew of such annoyances, they could correct them before resentful feelings developed.

It made sense to me. I talked with my husband about the idea. After some hesitation, he agreed to give it a try.

As I recall, we were to name five things we found annoying, and I started off. After more than 50 years, I remember only my first complaint: grapefruit. I told him that I didn’t like the way he ate grapefruit. He peeled it and ate it like an orange! Nobody else I knew ate grapefruit like that. Could a girl be expected to spend a lifetime, and even eternity, watching her husband eat grapefruit like an orange? Although I have forgotten them, I’m sure the rest of my complaints were similar.

After I finished, it was his turn to tell the things he disliked about me. Though it has been more than half a century, I still carry a mental image of my husband’s handsome young face as he gathered his brows together in a thoughtful, puzzled frown and then looked at me with his large blue-gray eyes and said, “Well, to tell the truth, I can’t think of anything I don’t like about you, Honey.”

I quickly turned my back, because I didn’t know how to explain the tears that had filled my eyes and were running down my face. I had found fault with him over such trivial things as the way he ate grapefruit, while he hadn’t even noticed any of my peculiar, and no doubt annoying, ways.

I wish I could say that this experience completely cured me of fault finding. It didn’t. But it did make me aware early in my marriage that husbands and wives need to keep in perspective, and usually ignore, the small differences in their habits and personalities. Whenever I hear of married couples being incompatible, I always wonder if they are suffering from what I now call the Grapefruit Syndrome.

(You can find the story from it's original source here. )

Taking Time said…
That was beautiful! thank you for sharing:-) I found you from the lovely comment you left at Authentic Parenting.