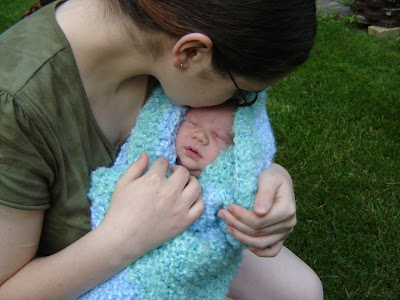 I know that many women and families have been harmed by negligence, cruelty, or just bad luck during their birthing time. I found this story to be very powerful about the peace that can come from forgiveness, even for a wrong that can not be fixed. Hope it touches you too-

"My life was changed by a saintly patriarch. He married his sweetheart. They were deeply in love, and soon she was expecting their first child.

The night the baby was born, there were complications. The only doctor was somewhere in the countryside tending to the sick. After many hours of labor, the condition of the mother-to-be became desperate. Finally, the doctor was located. In the emergency, he acted quickly and soon the baby was born, and the crisis, it appeared, was over. But some days later, the young mother died from the very infection that the doctor had been treating at another home that night.

The young man’s world was shattered. As the weeks wore on, his grief festered. He thought of little else, and in his bitterness he became threatening. Today, no doubt, he would have been pressed to file a malpractice suit, as though money would solve anything.

One night a knock came at his door. A little girl said simply, “Daddy wants you to come over. He wants to talk to you.”

This had been my friend’s trial. How could he leave it alone? A terrible wrong had been committed. He struggled to get hold of himself and finally determined that he should be obedient and follow the counsel of that wise stake president. He would leave it alone.

He said, “I was an old man before I understood and could finally see a poor country doctor—overworked, underpaid, run ragged from patient to patient, with little medicine, no hospital, few instruments, struggling to save lives, and succeeding for the most part. He had come in a moment of crisis, when two lives hung in the balance, and had acted without delay. I finally understood!” He said, “I would have ruined my life and the lives of others.”

Many times he had thanked the Lord on his knees for a wise priesthood leader who counseled simply, “John, leave it alone.”"

(You can read the entire talk here.)