Skip to main content
Labels
Posted by Mama Birth May 25, 2011

Learning to Trust My Instincts: One Mother's Story 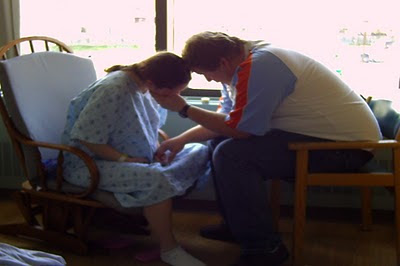 I am doing a series of posts written by some of our mamas about their birth stories and what they learned from the birth experience and some of the things that didn't go just as they had planned. You can read this mama's birth story in full here and below in the post is the lessons she took from it. There is so much she learned about who to trust, where she really wanted to birth and standing up for herself and trusting her own body and intuition. These are all hard things for a mama but make all the difference in a birth. Enjoy!