Skip to main content
Labels
Posted by Mama Birth May 03, 2011

If You Want To Make a Million Dollars Off of Pregnant Women.... 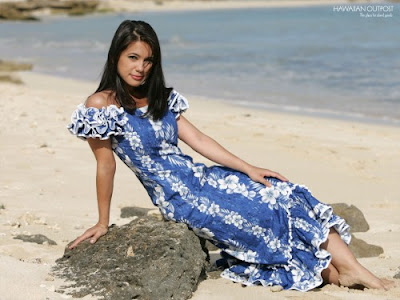 You may have heard that while climbing into my car today the front of my maternity pants tore wide open. No, I have not worn them for all four pregnancies, but I did get them second hand so there is a possibility that the fabric was weak. Maybe the last person who used them really liked bleach.....One can only hope for some kind of excuse.

So, as I reveled in both the humiliation (because, yes, I busted out of maternity clothes), gratitude (I was at my last stop for the day), and the humor (because even I can see that this is pretty dang funny) I started to think of some great ideas for the entrepreneur out there who would like to make some money off of pregnant women.

~Make maternity clothes a size bigger than they say they are.~

Were you told when you first got pregnant that you should buy maternity clothes in the same size that you normally wore? I was. This may work for some women. But as it turns out, I am at least a few sizes bigger than my normal even in maternity clothes by the end of my pregnancy. This does NOT work for me. It might work for women who gain 20 pounds that is all confined to their stomach. (Don't they get chubby knees!? I can't be the only one this happens to!)

It would however, make me FEEL better if my maternity clothes still said SMALL even if they were in fact LARGE. Whoever did this could also save a ton of money on tags and labeling because you would just need one tag for everything.

In fact, just get rid of the size altogether and label everything "Beautifully round and fertile." I know, I am wasting my talents on blogging and natural birth education when I should be in marketing!

You know, I would really appreciate it if somebody in some awesome marketing team had the power to actually make muu muus stylish, hip and sexy.

I have a dress that my whole family teases me about. It is shaped like a sack. It is long and wide and it happens to have a giant peacock embroidered on the front of it. My son calls it my "pregnant dress" and my husband thinks it is hideous.

It is however the most comfortable thing I have ever worn and it even worked for my last two pregnancies (one due in July--in Dallas--- and the other in August) which says something. Despite how much I love it I can't really wear it out of the house because it is pretty awful. But oh, how I wish I could....

These probably exist somewhere out there in the void, I think I had some for my last pregnancy but they are gone. Now, my "maternity" shirts leave about three inches of belly hanging out at the bottom of them.

There was a time when I wore halter tops. Now is not one of those times. Nor will I ever wear another halter top (for various reasons). But I really don't need my stomach hanging out over my pants right now. I am not even tall! I know I am not the only woman who has trouble with this.

So- maternity shirts that are stretchy and fully cover the belly would be great. As a side note, this would also cover the back of me and prevent plumber's crack. An added bonus.

I was at a church function the other day and I was wearing some heels (well, strappy stacked sandal type heels) and somebody said that I looked "miserable."

That was actually NOT the look I was going for. I was just trying to look nice! I put on a skirt. I left my flip flops and Birkenstocks at home. But, I will admit, that it was decidedly awkward to wear heels at eight months gestation and even more so when I have a 20 month old who finds it absolutely hilarious to run away from me in (can you believe somebody did this) a CIRCULAR hallway.

So- though I love my grimy, old, survived three pregnancies, flip flops, some comfy, cute and not-miserable looking shoes would be fantastic. Oh- and they need to be cheap.

I am sure I could think of a few more things awesome inventions for pregnant women (cheesecake that doesn't make you feel guilty but doesn't have weird chemicals in it, little men who painted your toe nails for you, and trolls who could always catch up with a two year old darting down the street) but I will stop for now and put my feet up.

Hoping you find some fun in your pregnancy too-
Labels: pregnancy

Alisha Stamper said…
they do make long awesome shirts. look into Down east outfitters. I LOVE their shirts, super long, they do have maternity ones also, no worries with cracks and bellies.
May 3, 2011 at 9:52 PM

Unknown said…
I swear one of my maternity/nursing shirts is a brand name fail. The brand? "Plump". Yep, because pregnant/nursing women love being told how huge they are.
May 3, 2011 at 11:07 PM

birthMOM said…
muu muus are very much back in over at C Jane Enjoy it! http://blog.cjanerun.com/

go back a few posts to her vlog with her older sister in their matching muumuus! so funny! since she announced pregnancy number 3 in a diff vlog a bit ago, shes been in full on muumuu mode!
May 3, 2011 at 11:36 PM

Shi said…
Too funny that I came across this post!! I'm a seamstress, and 38 weeks pregnant with my first. While I've not gotten to sew much for me while pregnant (sick the first 5 months, getting ready for baby the last few), cute maternity wear that FITS and doesn't cost an arm and a leg has been on my mind. I've been sooo frustrated with the lack of options - big and baggy, solid colors, etc (pregnant women still have fashion sense, people!! Maybe even more so, because we have to figure out how to dress the bump and new curves too!!). Once I have this sweet little baby, and have time to get reorganized, designing is my next priority - and not just maternity wear, but nursing wear too...because it's about as sad as the maternity selection!! I'll let you know when I actually get this thing going, and start collecting ideas, wants and wishes :-D Great post!!
May 4, 2011 at 7:41 AM

Linda Peterson said…
H&M makes AMAZING maternity clothes. i wrote a blog entry about it! their basic tees are suuuper long, as are their tanks. and the best part? they don't cost a million dollars! you should be able to get to an H&M since you're in Cali. best of luck!
May 4, 2011 at 1:37 PM

Suzanne Lucas said…
I'm commenting on the chubby knees thing. My knees don't get bigger, but holy cow, my thighs! My last pregnancy, I had pants that fit over my belly just fine, but were skin tight on my thighs.

Kate said…
Belly bands work great for covering the difference between your pants and your shirt. I never actually bought one, but I did make one for myself. I would've made more but got lazy. There are a ton of instructions out there in google land and its really not hard. Its just a knit band of fabric. I put on more like 35-40 pounds a pregnancy and its all belly. I try to keep wearing my regular skirts (just keep them below the belly) but nothing fits that last few months. That and the fact that most of my maternity clothes have made it through most of my 8 pregnancies- and were hand-me-downs on top of that. If I get pregnant again I so want a new wardrobe!
May 5, 2011 at 11:10 AM

Anonymous said…
You are NOT ALONE. I HATE that we go out of our way to buy "Maternity" shirts and they ended up too short. HELLO...I seriously considered taking all those stupid shirts back. There are some very unattractive pics of me 9 months pregnant floating around where I am stylishly sporting leopard pj pants and my husbands blue 2xl bass pro shops shirt on Christmas...
May 5, 2011 at 11:30 AM

Angicle said…
Shade Clothing makes even better quality long maternity shirts... try shadeclothing.com. The fabric is more durable and softer than Downeast. It may be a touch more expencsive, but they are actually made for that beautifully round tummy and won't tear.
May 11, 2011 at 7:15 AM

youngsjess said…
I had the opposite problem in sizes. In "normal" clothes, I was a size 4-6, but I tried on a size 2 in a few brands of expensive maternity pants and they were like clown pants. The only part that was a size 2 was the belly band, which was uncomfortably tight, and everything below that was enormous! It's like the manufacturers of all of these brands thought for some reason that I was carrying the baby in my thighs instead of my abdomen! That or they just don't understand the proportions of petite pregnant women. I FINALLY found some maternity cargo pants that looked and fit decent, and only because the cargo style pant looked like it was supposed to be awkwardly baggy around the hips, even 2 sizes smaller than what I ACTUALLY wear.

However, I TOTALLY agree about the long maternity shirts. Yes, they do exist. But they also tend to cost 2-3x more than what I normally spend on shirts. Any reasonably priced maternity shirts I found hanging on racks were pretty much square LOL. How is THAT supposed to work?! Yes, we do get bigger around. But if the shirts only get wider and stay the same length, guess what happens? Yeah......and I can't afford to spend a fortune on a temporary wardrobe. I wore alot of stretchy non-maternity clothes. Cheaper, better fit, more style choices. Lycra was my best friend, haha.
November 19, 2011 at 6:31 PM