More Than Just A Mom 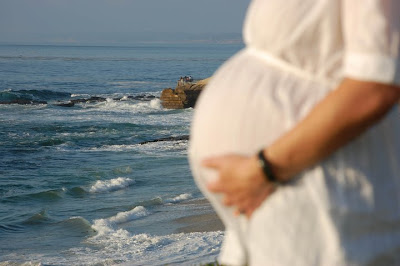 I have been reading a book about the death of President Lincoln. One of the first things that struck me as I started it was how much Booth (the killer) hated Lincoln. I have always thought of him as one of the greatest presidents of all time.

Of course he was president during a terrible time when the country was literally split so it makes sense and is even obvious that many people would have hated him. But, being so far removed from it in time and space the idea had never occurred to me.

It seemed clear that the way history is written has much to do with who wins and who writes the history. Had the confederates won our idea of Lincoln would be very different.

History is largely written by men and they are often the players, the leaders and the winners. We have always been here but in the pages of history we are often silent players only more recently mentioned by more modern female historians.

Maybe this doesn't matter much, but maybe it is deeply important.

Doesn't it seem as though many women do not feel that their roles as wife and mother are enough? How many of us yearn and even NEED to be more than "just" a mom? How difficult is this need to separate out from actual internal motivation or simply the imposed value (or lack thereof) placed on some female roles?

I vividly remember opening up our first bank account after I had had my son. We had moved and needed a new account. I had not worked outside the home for about six months. One of the things I need to fill out was my salary. How much money did I make? I remember the teller saying, "So you don't work?" and my reply, "No, I don't work..." I felt like I wasn't even a person any more.

Even as I write I see the contradiction in my own life. I want to be a stay at home mom. I can't imagine putting my children in day care. This is not because of what anybody else thinks but because I really feel that this is where I need to be right now. I know for my family it is the right thing.

How do women and mothers find happiness and fulfillment in motherhood? Is the fact that we "need" more an indication of our own deeper needs? Or is it simply a reflection of societies lack of value, even deep misogyny towards women? Are we feeling our own desires and finally in a place in history where we can meet them? Or have we internalised societies obsession with male accomplishments and turned them into our own self hatred?

I find myself struggling with these questions all the time. Will I put off my needs? Will I make them happen sooner, later, or never?

What will you do?

I don't know the answer to all these questions.

One thing I do know is that my role as a wife and mother does matter. I can feel it in my bones. I know that this is probably the most important thing that I will ever do. It is deeply significant to me, not just today, but for generations and into the eternities. It is not however the ONLY thing that I ever want to do with my life.

The work that is unique to women in their homes is significant though often silent. It is its own brand of feminism. I think that we as women need to be the first to acknowledge our importance and stop acting like we don't work, don't matter, and don't contribute. We must take back our own power. We must write our own history. We must not accept mediocrity and second best. We can find joy in this work.
Labels: motherhood

Tori said…
I will continue to be the Mom and work for money when and as the Lord directs is acceptable. I would rather ONLY be The Mom, but given our financial situation and desire to have more children, the Lord has directed additional streams of income. And since hubby works 80+ hours per week (more like 90+ now!), I'm the only one with any negotiable time with which to earn money. Thankfully the work I have been directed to will all be done at home and/or on my own schedule and at my convenience.
March 28, 2011 at 1:02 PM

Christabelle said…
I love how you say, "We can find joy in this work." It's so easy to feel pulled on and needed in the small day to day activities that it's difficult to see ourselves making a difference at large. I feel that, for me, this work give me an opportunity to serve in the way I feel my faith calls me to, sacrificially, with an eye on the eternal instead of the temporary. And I don't always do it well, but it is important and I do try to remember that.
April 3, 2011 at 1:00 AM