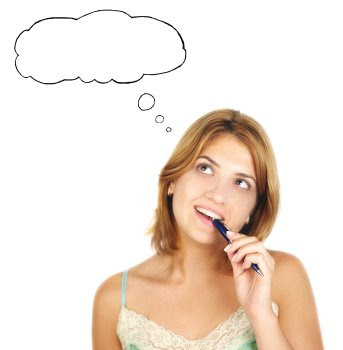 Sometimes I think about how the world would be different if mamas were in charge.... Here are a few changes I would make...

~There would be a drive-through for EVERYTHING. Including chap stick and eggs. Then, if all the kids were either acting like lunatics or asleep you could still have soap for the next day without a traumatic grocery store trip.

~Actresses would be required to go in public post-partum when they were at least 20 pounds heavier than their ideal. This would really help real women feel less inferior when we really are not inferior- we are just normal and don't have trainers, cooks and expensive corsets. They would also have to have leaky breasts.

~You could buy a car with three rows, that sat eight and it would still get good gas mileage. Try filling up a Suburban in California, it will literally make you ill.

~You could get healthy fast food for you kids that did not include strangely naked apples AND (is this some kind of joke?) caramel dipping sauce.

~All husbands would realize that the magical laundry fairy must take a break for two weeks after mama has a baby, and they would help with laundry instead.

~Wearing a handkerchief over your hair and stretchy pants in public would be considered super sexy AND stylish.

~Pregnancy parking- need I say more? Why isn't this everywhere?

~Sagging breasts would be something all young women yearned to have when they grew up.

~People would have cosmetic surgery in order to GET stretch marks. Mamas with them naturally would be revered.

~Midwives (including the home birth variety) would be covered by all insurance and available in all hospitals and available for a woman's entire lifetime of female care. Consequently about 90% of the Ob's in the world would be out of jobs. Oh, and the c-section rate would plummet.

~A full year of paid maternity leave if you wanted it. (Maybe women do run some countries in Europe...)

~You could buy nice nursing bras in six packs, just like men's socks. Oh--- and they would cost the same as tube socks.

~Daylight savings time: would not exist. Obviously a man invented this. Good luck getting the kids in bed when it is still light outside, and so when do you get any quiet time?! (Again, maybe women run Arizona...)

~The muffin top (not the edible variety, the variety that hangs over your pants) would also be considered super sexy. (Young women everywhere would be heard saying things like "Oh, why doesn't MY skin stretch like that?! You are soooo lucky!")

~Everybody would think it was normal to nurse in public without a cover. Really- it would be normal. There would be no debates, no grossed out teenagers and no need for blankets in the summer.

~It would actually be illegal to ask a pregnant woman if she was having twins OR to tell her she must be due sooner than that because "You are just SOOO big!" The offense would be punishable by caning.

~Airbrushing and photo-shop would not exist. It isn't fair and it isn't real and it just makes everybody look bad.
Labels: motherhood

Mama Love said…
This is my first baby, and I have been struggling with all my new stretch marks... I am still in the recommended weight gain but even have them on my CALVES! I hate it... it makes me want to cry. This post made me laugh at my stretch marks and what will in the next few weeks become a muffin top :) Thank you so much for making all of us feel NORMAL not some how like "damaged goods" because we are decorated with child bearing :)
March 5, 2011 at 10:44 PM

violinwidow said…
I agree most passionately with the drive-through idea, I think pediatricians should adopt this. That or it should be legal for mothers to park their cars inside the offices.
March 6, 2011 at 5:33 AM

Unknown said…
Can we add in:

- there would be no pee on the seats, and nastiness left in public restrooms

- you could get through a college education without having to ask people to be quiet, and still have them ignore you

- there wouldn't be high fructose corn syrup, maltodextrin, and artificial flavors/color (chemicals) in our food

Lauren Wayne said…
I loved the stretch marks one! I'm holding out for that. I also want the great nursing bras in six-packs, and I've honestly asked around to see if midwives do well-woman care, because I am THAT spoiled.

Clover said…
One year maturity leave is definitely a must. I have a year off right now paid living in Quebec. I don know how all you mamas our there go back to work after 8 weeks...thats crazy!!!
March 6, 2011 at 2:28 PM

The ArtsyMama said…
I was just thinking about Daylight Savings Time the other day. More along the lines of how do people compensate for Arizona not following it. But I'm there with you on that. Love your ideas. There have been many times at the pharmacy drive-thru when I just wanted to ask for a gallon of milk or deodorant. Why do I have to wake a sleeping child to go inside?
March 6, 2011 at 3:48 PM

And BRAAAADLEY! I see you're a Bradley Instructor! I've taken the class twice (my last 2 kids are 10 years apart and have different fathers) and wish more people knew about it. You are the first blog I've found even mentioning Bradley!
March 6, 2011 at 4:08 PM

Mama Runner said…
I love all of these, but I'd add to the "don't tell a pregnant woman she's huge" not to tell a pregnant woman she's "so small" either. As the mother of two growth restricted babies, it hurt every time someone told me I was so small when I was pregnant with my twins (3rd/4th). Amazingly enough, they weren't growth restricted even though twins are "supposed" to be smaller.
March 6, 2011 at 6:23 PM

I think I'd rather have "new baby" parking than pregnancy parking, if I had to choose; but if mamas are in charge, I think we should just get both.
November 7, 2011 at 1:00 PM