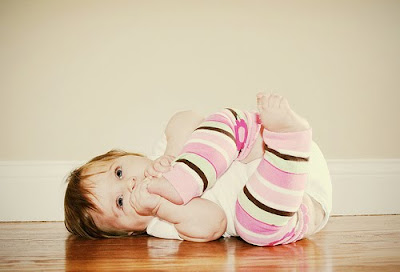 I don't know why this keeps happening to me, (though the people who know me probably understand it) but I am always getting taught a lesson by the universe.

1) I really thought you could keep a one year old quiet in Costco- then I had a one year old who had figured that screaming bloody murder would get her taken out of a room. Open mouth, insert foot.

2) I did not understand why somebody would quit breastfeeding until I struggled to nurse my first. Then I realized how lucky I was to have had the support I did to make it through that.

3) But I still never understood why anybody would wean before a year, until I had a baby go on a week long nursing strike at 8 months and literally SCREAM at me every time I tried to feed her. (Yes, the same one who screams in Costco). Meanwhile, she was very happy to take a bottle from daddy. Ouch.

4) I didn't understand why somebody would not vaccinate a child until I had a child who reacted to a vaccine.

5) Then I didn't understand why you would vaccinate a baby, until I had two children struggle to breathe and then cough horrendously for an entire summer with a case of whooping cough. All our choices have consequences. We just have to be ready to face them, no matter what they are.

6) I didn't understand why anybody would NOT co-sleep, then I had a husband who had to sleep on the couch for months so that he could get any sleep at all, while I got kicked in the head all night by a rolling toddler.

7) I thought crying it out was cruel and unusual, until I had gone for five years with hardly a night of solid sleep and survived with an average of six hours of broken sleep. Then I understood that sometimes mama needs some sleep so that she can be a nice mom during the day, instead of a raving lunatic.

8) I never understood why people would have kids closer than 2 years apart, until I accidentaly fell pregnant.

9) To boot, that surprise caused my wonderfully nursing one year old to suddenly wean. Guilt all around for mama- again- because I of course never understood why you would take a babies "baby" time away from them. Sometimes, life just happens. It ends up being beautiful despite all our best efforts to the contrary.

Here is to many more years of humbling moments. I must have lots to work on. I guess that is what one gets for having an opinion on everything!
Labels: motherhood

Anonymous said…
From one of your previous posts ~ You have to want to be low risk.

That is an open mouth insert foot comment. I would have loved to not need to give myself insulin shots during my pregnancy. Guess I didn't want it enough?
January 11, 2011 at 10:12 AM

I never said that NOBODY is high risk or that just wanting to be low risk make it so.

I pointed that out in the post, more than once.

I still believe that some people (male or female, pregnant or not) enjoy some of the attention from things like that. It is human to need love and attention, and sometimes we are so discouraged from asking for what we need that we have to find it in other ways.

I am sorry if you were offended. It was certainly not my intent. I don't even know you.

I recognize that high risk pregnancies do exist. The post was more a comment on the obsetetric trend to label women high risk in order to increase interventions and "save" them.

Kat said…
Love it! To that I would add, I never understood why someone wouldn't spank their child for something that seemed like an obviously spanking offense, until I had a high needs son who would have gotten spankings every day all day if that was my only form of discipline. Kids like my son create creative (and patient) parents.
January 11, 2011 at 8:16 PM

Anonymous said…
I just stumbled here from a friend's facebook post and feel so at home! Lovely blog. I'm so enjoying browsing around and reading all the great birth-mother-related posts. Cheers!
January 20, 2011 at 7:28 PM