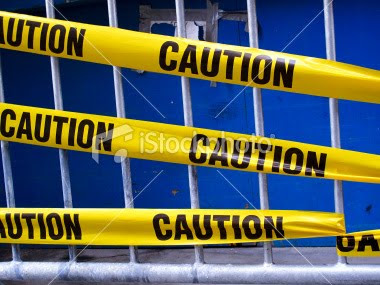 I am feeling sensitive. Maybe I am always sensitive, but you could argue that pregnancy increases sensitivity in most women. It most certainly does in me. I am not even half way pregnant and I have already lost count of how many people have asked me if I am having twins, told me it is going to be a big baby, or guessed me to be due in two months rather than four or five.

I realize on some intellectual level that they don't mean to be hurtful. Maybe this is our societies twisted way of embracing and celebrating fertility. "You are huge!" But frankly it just makes me want to go home and cry.

I have read blogs with cute comebacks for all these comments, but the truth is, I never say anything back and I certainly don't have a smart and snappy jab for the person. I honestly don't think they mean anything by it. Instead I just smile and nod and mutter something about my healthy babies...

I think the reason I have no response is because I feel the same way! I feel huge. I am already uncomfortable. I honestly don't know how I can make it until this summer. Plus, even in awesome, running 16 miles a week shape, I am very touchy about my figure.

The truth is we don't live in a culture that embraces curves or fertility or extra padding. The ideal is skinny, even for a childbearing woman. Even for a pregnant woman! We praise those who just get the baby bump and gain weight nowhere else.

Well, I don't just gain weight in my "stomach". Everything gets bigger. My shirts don't fit- in the ARMS! I have talked to women who can wear their pre-pregnancy jeans with a rubber band to the end of their pregnancy. How is that humanly possible? Don't they gain weight in their legs and butt?! I don't get it.

I have also talked to women who get their feelings hurt because everybody tells them how small they are. I thought that was a compliment! I guess I won't say that any more. But they felt like were not growing a healthy big enough baby. This woman WANTED that big beautiful fertile look.

Well, I don't have any words of advice for the "Maybe it is twins?" group of comment makers. Why? I don't think they mean to be hurtful. I really think that people don't know how to deal with the curves of fertility. I think they are a little uncomfortable with the obvious sign that I have had sex in the not so distant past. They are trying to embrace the beauty of childbearing in a culture that rejects it from all sides. (Women can have sex, when they are on billboards, but not MOTHERS! EWWW!)

But, in truth, pregnancy is something for the whole world to see and embrace and celebrate. It is obvious that we are growing a child, that we are fertile and yes, even sexual, at a time when people would really rather prefer to think that we are nothing of the sort. (Seriously, who wants to think about the fact that their MOM did that?)

So, instead of advice, comebacks, or words of wisdom, I am simply offering up this post in the sincere hope that it will help me beam with pride when somebody mentions what large babies I grow. I will try to embrace tummy and my arms and EVERYTHING that is growing. And, I will try to remember how sensitive the pregnant woman is in 30 years when I am no longer fertile but want to celebrate the beauty of pregnancy with some young woman.

Krista Eger said…
It's funny I spent my whole life being self conscious about my weight that being pregnant is the only time where I really feel just absolutely beautiful! I can wear WHATEVER I want without having to worry about "looking fat" I love it. I do, however, hate it when people think I'm due before I should be. "Oh my daughter was that big when she was full term" ...ok well, that's great for your daughter, she has a different body and carries her babies differently. I guess my deal is that I don't care if people think I'm big and what not, I just really DO NOT like being compared to other people especially if the other person was "better" according to that person
January 14, 2011 at 10:35 AM

Anonymous said…
I realize you're not the "say something back" type, but what if you said, "You know...I know you mean well, but what would really be nice to hear is if you told me I look wonderful or beautiful."

Maybe just hearing you vocalize and hint at how that makes you feel would make them stop and think before they tell another pregnant woman how "huge" SHE is.
January 14, 2011 at 1:46 PM

Betsy said…
I've always wondered why suddenly pregnancy gives everyone leave to discuss your figure and weight gain. Would you go up to someone you knew and tell them how huge they'd gotten? Why is this somehow acceptable and what is the difference? People really don't stop and think sometimes. :\
January 14, 2011 at 4:40 PM

eulogos said…
Honestly, I took all of these comments about how big I was, and whether it was twins or triplets as compliments to my big healthy babies.
I also didn't mind at all when people said I looked full term at six months. If people didn't mean to be hurtful, I wasn't hurt.

With my first pregnancy when I was still a college student I did get annoyed when one friend insisted on asking " How are the two of you doing today?" I was still dealing with the shift from having the primary identity of college student, intellectual, reader of serious books, to the identity of mother, and I wasn't ready yet to have my identity as mother emphasized to me as I walked into a seminar on Hegel. But this was the same kind girl who went in the bathroom with me and held my hair back while I puked, who gave me two bras because I didn't own any and my breasts had doubled in size and were uncomfortable, who gave me one of her shapeless jumpers to wear when I had no maternity clothes. So I forced a smile each time she said this. It didn't kill me.

Other than that, I really enjoyed comments about my pregnancy.

I confess that I am now one of those women past their fertile time who would love to feel pregnant bellies- if only it weren't so intrusive. I try to say only positive things to them, but sometimes I can tell they really don't want this stranger saying anything, then I extricate myself as quickly as I can. Try to have pity on us old women who love the look of your youth and beautiful fertility!
Susan Peterson
January 15, 2011 at 10:17 PM

Carol said…
I always just tell women they are beautiful. Because to me they are. I haven't seen a pregnant woman (who is clearly obviously pregnant) and not thought that they looked wonderful. In all their glory. Maybe it is just because I love pregnancy birth and babies. I don't know. But I know a women always likes to be told they are beautiful especially when the woman person telling them really means it.
January 17, 2011 at 1:23 PM

AtYourCervix said…
I absolutely love pregnant women's bodies! Pregnancy is the ultimate time period of how much of a goddess we all are. I adoringly refer to stretch marks as "beautiful signs of being a mother".