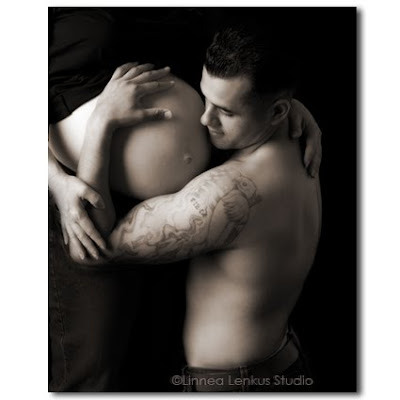 I received this beautifully written home birth story recently from a doula. It is wonderful and inspiring. And check out her blog here with lots of other birth stories! One thing I love about this birth story is how the influence of somebody else's good home birth story changed her perception of birth.

It is the morning of December 7th and I awake with the strange sensation of needing a toilet. I go into the bathroom and after sitting for what seems like forty-five minutes, nothing comes out. This series of events goes on for another hour until it hits me- I’m in labor. I go over to the green La-Z-Boy where my partner, Ray, is sleeping and I softly tell him what is going on. Immediately he jumps up from the recliner like a Jack-in the-box and I know that this day will be full of excitement. Unlike most women in labor, I will not be driven to a hospital. I will not be hooked up to any machines nor will my child ever see the inside of a hospital nursery. Instead, my baby will breathe her first breath in a log cabin under Cinderella Mountain in little Alberton, Montana.

The cabin was built in 1977 by close friends of Ray’s parents. Ray played in that house hundreds of times as a child without ever knowing his children would be born there someday. When Ray and I found out we were pregnant he suggested a home birth. I thought the whole idea was crazy, but I said I would be willing to look into it. You see, I grew up in New York where home birthing is virtually unheard of. I always imagined my child’s birth day to go something like this:

I awake in the middle of the night with contractions two minutes apart. My husband drives me to the hospital at full speed while I am screaming and cursing him for my current condition. After delivering my baby while lying on my back in a hospital bed, friends and family would look through a window at a sea of newborns until their eyes fell upon the baby with our last name written on his or her crib.

After doing a lot of research and talking to my mother-in-law, who had a very successful home birth with Ray’s brother, I realize it was everything I wanted and was meant to do. The idea of being in my own home away from the bright lights of a hospital and the invasive hands of nurses and doctors put me at ease. The day my labor begins I am able to put myself in a calm and peaceful state of mind as Ray and I go for walk to help the progression of labor. Down the long driveway and onto the dirt of Southside Road we stroll. Cars slowly drive past us and I can’t help but wonder if they know I’m in labor.

It wouldn’t be until four-twenty in the morning of December 8th that our daughter would be born. She came into the world with the glow of the wood stove welcoming her. The hour leading up to her birth was tough. I was lying on the couch and after going through some intense contractions for five hours I decide it was time to push. I push, groan, grunt and push some more. I don’t think I had ever concentrated on something so hard in my life. Ray is there next to me, holding my hand, wiping my face with a damp cloth, giving me words of encouragement. I fell in love with him all over again in those last forty minutes of pushing. Our little baby was perfect and from this point on it was no longer just Ray and I. Here was this tiny, innocent creature that was relying on us to keep her safe, to keep her happy and of course, to keep her healthy. What an incredible task this was to be, but from the first time I held our daughter, Georgia Pearl, I knew a mother was what I was meant to be.

Fast forward one year, four months, and eight days. It is April 16, 2008 and we are in the cabin. I am pregnant with our second child whose gender was to be surprise, like a gift waiting to be opened. We awake around eight o’clock in the morning to the sound of Georgia, now sixteen months old, singing in her bed. Ray carries her upstairs and we lounge around for a good while. I have a severe pain in my lower back and Ray rubs it for me, but the sting does not subside. I begin wondering if I am in labor, but since it is eleven days before the due date, I just go on as if nothing is wrong. As time passes I begin to have contractions. I call the midwife who tells me to time the contractions and call her back. Ray takes Georgia to her grandma’s house and I get everything prepared for the midwife’s arrival.

When Ray returns I ask him to make some spaghetti and meatballs, my favorite meal. The midwife arrives with all of her birthing supplies and begins to set them up. The house begins to smell of garlic and onions, tomatoes and Italian spices. Within seven hours of realizing I was in labor, our son, Shea Francis, was born. Within three minutes of his arrival the timer for the meatballs rang- rather appropriate if you ask me. When Shea was born I was leaning on the same couch his sister was born on sixteen months prior. After his birth I came to an honest realization- my life was officially complete. When it was just Ray and I, things were always uncertain. Our lives were spent in the wind- going here and there whenever we wanted; we were literally living a carefree life. After the birth of Georgia, I saw that a life of no responsibilities was one without fulfillment. Being relied on by another individual is something that should not be taken lightly, especially when that person did not ask to be brought into this world. Our children have become us. There are four members of our family, but we are one, solid unit. When Georgia and Shea laugh, we laugh. When they cry, we cry. When they are mad, we are mad. It is almost as if we are four people in one body. When one of us is not around, life does not seem complete.

Being a mother has brought the best out of me. People say they have a calling in life, and it is evident that mine is one of a mother; of a woman whose heart would not be beating quite as hard if she did not have the lives of two little angels to hold in her hands. Elizabeth Stone, a high school literature teacher and author, said it best, “Making the decision to have a child is momentous. It is to decide forever to have your heart go walking around outside your body.”
Labels: birth story

Elisha said…
I am fortunate enough to call this wonderful woman my friend, though she and I have never met. Thank you for sharing her story. :)
November 3, 2010 at 7:39 AM